I am meant to be doing some housework, but after going to hang the washing out I sort of wandered south, instead of north ;o)

I must fit the automatic openers to the louvre windows as I managed to leave one open last night and we had another frost!!! 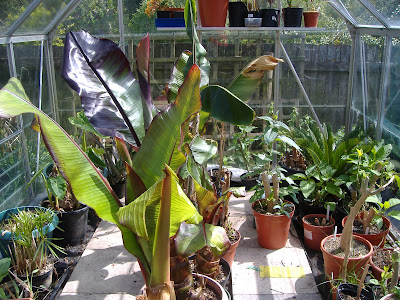 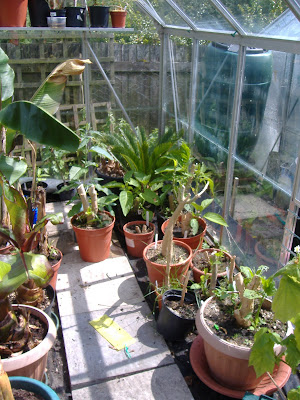 Things are growing a pace in here, 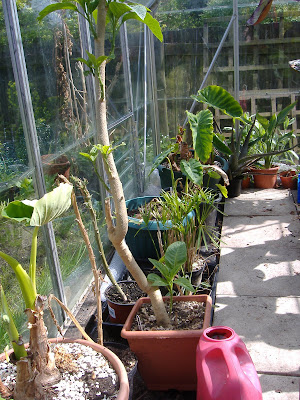 quite empty compared to last year.

These are my two Bird of Paradise Plants, (Strelitzia). The one on the left is Strelitzia reginae 'Mandela's Gold' a relatively rare one and the other is an unknown, because as usual I have lost the label!!! 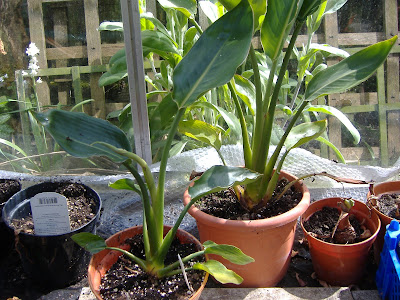 I know this is out of focus, but that is a root coming out of the bottom of the 2nd Strelitzia, at first I thought it was one of the huge horrible slugs, but it wasn't,so I decided to pot it up 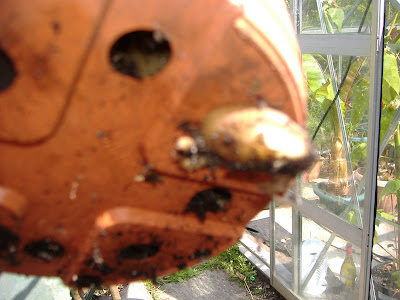 Here it is (at the back all potted up. The plant in front is my Manihot Grahamii, another sort after plant! 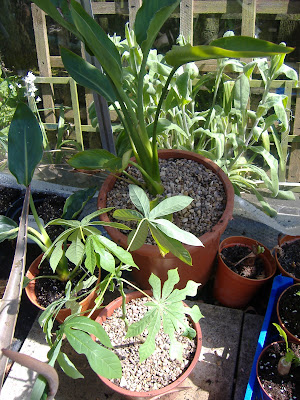 I still haven't decided where to plant this yet, I'll need to do some more research first!

I have split and repotted these 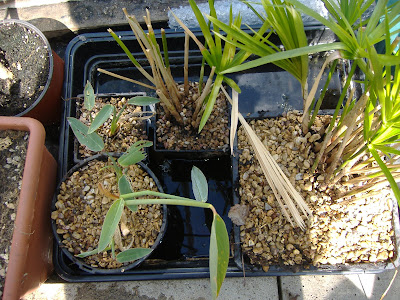 I have potted up some of the Brugmansias 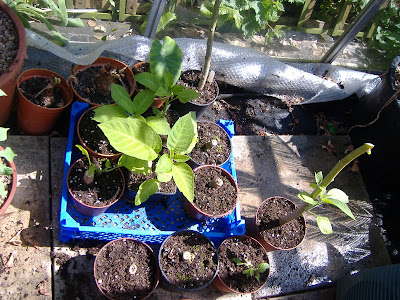 I will sell these on Ebay.

This is my 'new' Grand Marnier' 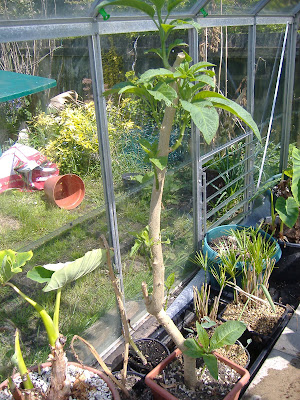 hopefully able to replace this 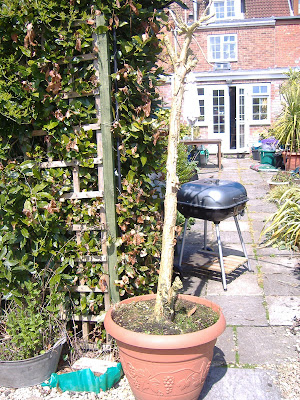 which had got too big for the greenhouse! It used to be beautiful when it flowered! 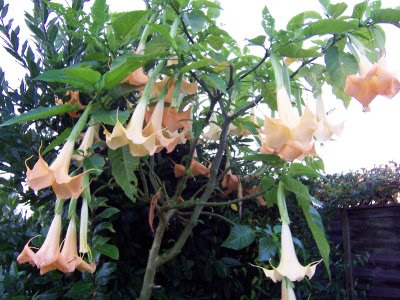