I can't believe it is 3 weeks since I last blogged. Been so busy in the garden and the greenhouse. I have been busy planting plants out and potting on my seedlings.

Two plants that need repotting but I am not looking forward to doing! 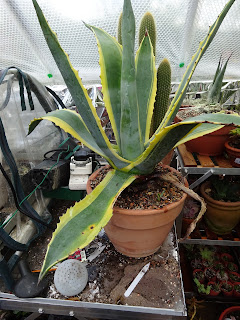 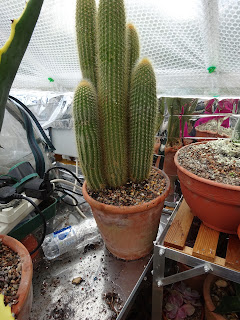 My cactus and succulents have over wintered relatively well. All apart from my Agave Ovatifolia which practically died. I am hoping I have resurrected it. Well it is looking a lot better than it was a couple of months ago! 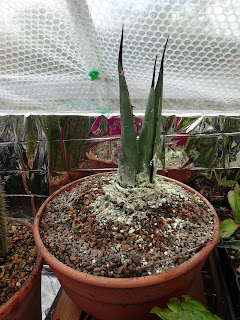 I have lots of babies, some labelled some not, I really should sell them as its ridiculous keeping so many of one plant! 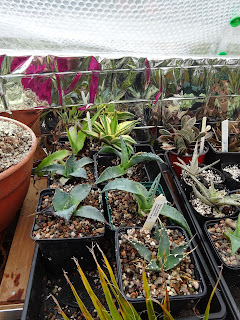 I enjoy the challenge of assisting them in growing. 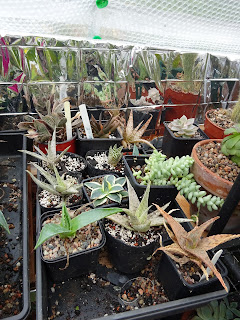 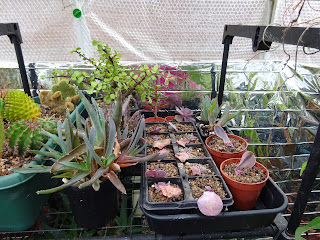 as you can see, I have one or two! 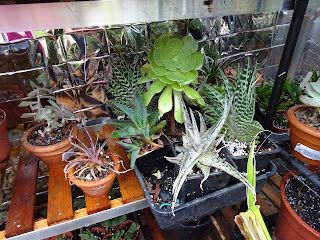 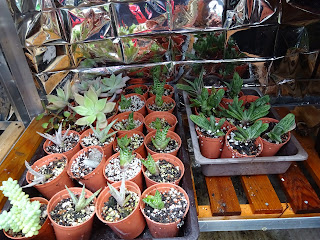 So simple to start too, I have a tray of grit, if a leaf falls off, I just chuck it in here. I really do mean chuck as well, I don't place it carefully making sure the end is near the grit, I used to do that, but found that often they would shrivel up and die. 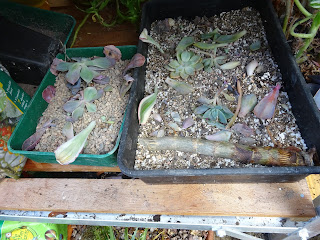 As you can see, some look good and grow on others don't. So I believe, neglect is the answer! 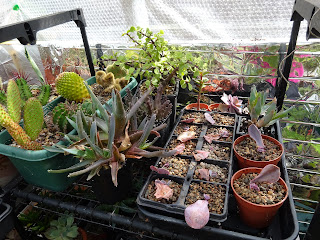 the tray on the right are leaves that fell or where pulled off last year and popped in my grit tray then once they developed little plantlets I potted them on in grit in the autumn, then left them over winter on a back shelf in my greenhouse, and as you can see they are doing well. They came from the Echeveria on the left of the next pic. 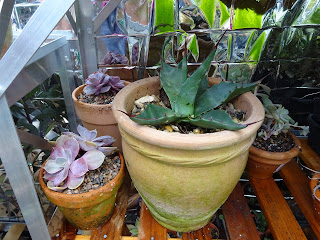 Some of my Aeonium's which also need repotting. 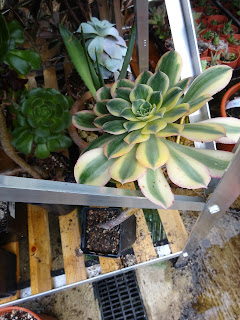 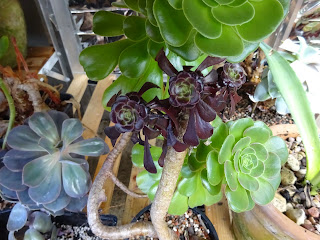 My collection of cacti and succulents is not limited to what I have shown you here, I wonder if I have a problem????
Posted by Libby at 08:06 4 comments: