My last post was just before storm 'Abigale' and here we are just over six weeks later and storm Frank is upon us! So that is 6 storms in 6 weeks!  We have had lots and lots of rain, the weather is really mild 12C but fortunately where I live, no flooding. Northern England especially York, and Cumbria and even Manchester have been flooded more than once.
Everybody, says rivers must be dredged etc. etc. but I'm not sure much can be done when you have a months rain in just one day. We should be doing lots more to fight global warming. But yes in the meantime, ways to waterproof houses, or even raise them on stilts should be thought of.

The poor plants in the garden have no idea what season we are in! 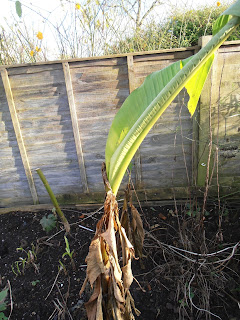 I have had these a number of years and this is the first year this has ever happened! 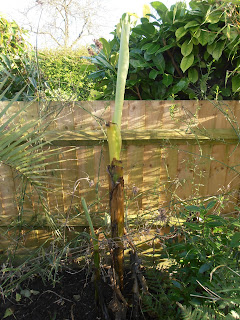 I expect the February cold weather will put paid to these continuing to grow! 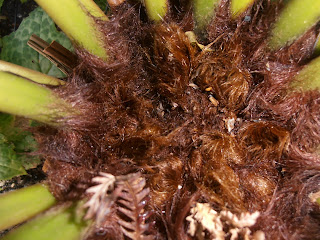 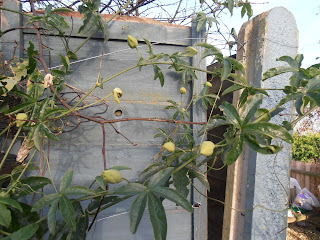 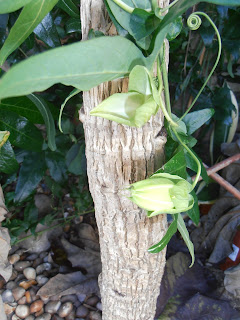 The Passionflowers are doing just that... flowering. New buds appearing daily.
The fence down by the pond has about had it. The neighbours have said they will replace it ( as its theirs) we have said we will buy concrete base panels to help the fence stay out of the damp and dirt. 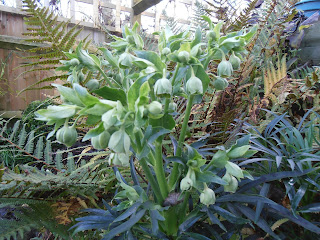 The Hellabores also flowering away! 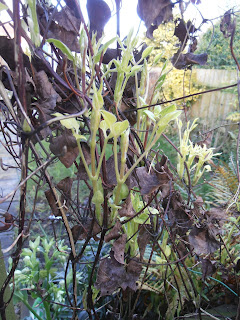 I had planned to cut this clematis back in the spring, it obviously has other plans!! 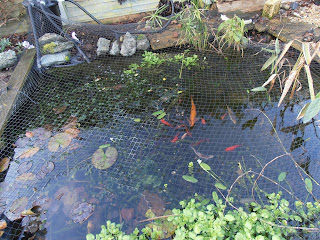 The fish are still really active and we are still feeding them, they go nuts when the food goes in, that tells you just how warm it is! 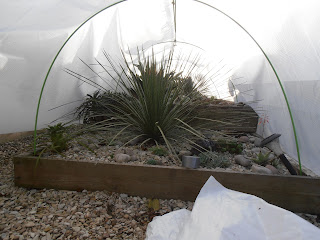 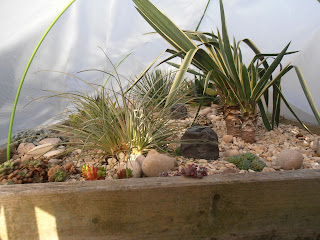 The arid bed is looking good from either end, I'm looking forward to when we might have a few dry days and I can take the cover of to have a look and make sure if anything needs water it gets it well before any possible colder weather.

Happy New Year to you x
Posted by Libby at 14:55 No comments: