Pottering with a clumpy boot!

We have been very brave and uncovered the arid bed. Its always a difficult time to judge as to when we should or should not, but on the whole I find in May if we do get frosts they are a straight down then straight back up again. If its likely to be bad I will throw a fleece over it. 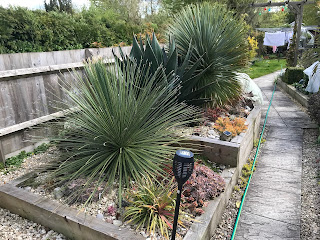 As you can see it is all more or less ok, I forget how big some of the plants where when I covered them up, so when I do uncover them I think wow!!! 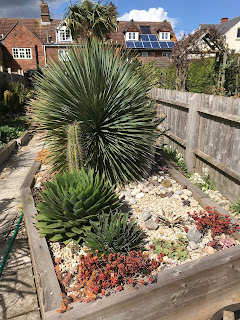 As usual the plant to the right of the Aloe has died yet again as you can see from the following pic. 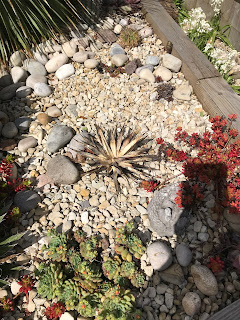 I have no idea whats going on here, but every plant I have put in here had died, be it small or large it just does not get through a winter? I did wonder if it was something under the gravel, but on 2nd thoughts I think not as there is 3 tons of gravel in here, so a long way down before any soil is hit and non of the plants had roots that big???
This is the first year ever I have had bad luck with over wintering my bananas. I usually dry store the larger ones as I find this easier, the smaller ones remain in their pots and I don't actually water them but they seem to do quite well this way.
As you can see the 3 that were potted are slowly coming into life again. 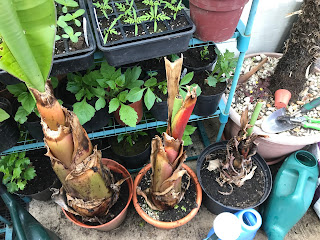 These 2 were dry stored and have been recently put into these posts of soil, I am not convinced they will come through. 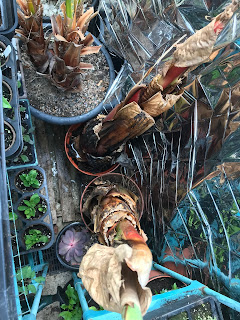 This one, also dry stored has I'm fairly certain had it. I have chopped it back and back and the centre is brown which is not good. 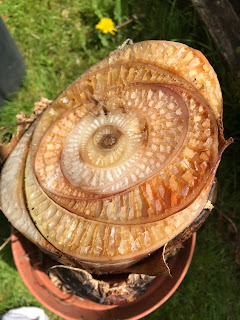 My biggest one has already been binned as it was mush. Not happy with this at all, as I have never had this problem before.
Now darling Darcy has gone we decided to join in on #nomowmay2021 two reasons, one to see if there is actually any wildflowers in my lawn and two it saves me having to mow in my clumpy boot! 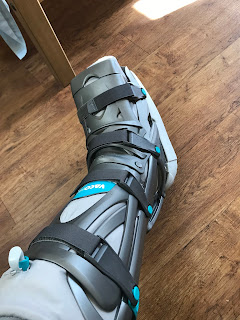 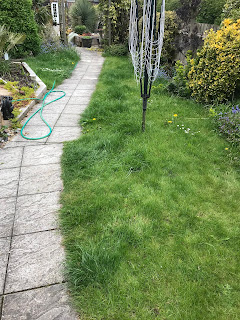 And the un-mowed lawn 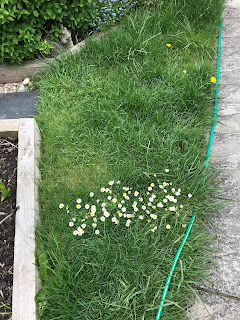 which has grown a lot and actually has a lot of daisy's and dandelions in.
So just a taster of what I have been up too xx
Posted by Libby at 17:01 No comments: 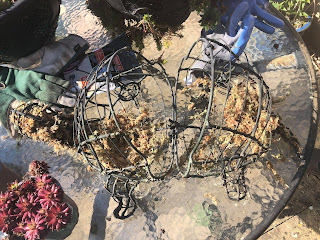 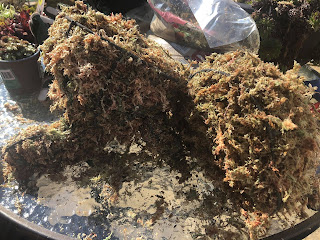 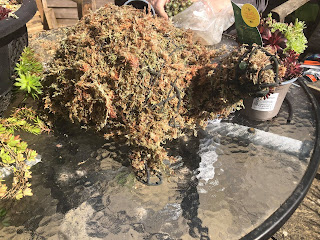 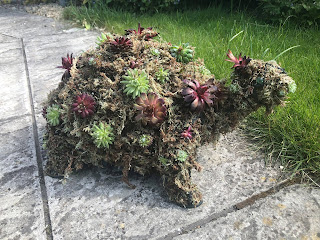 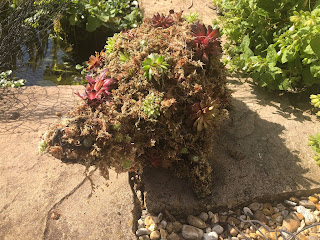 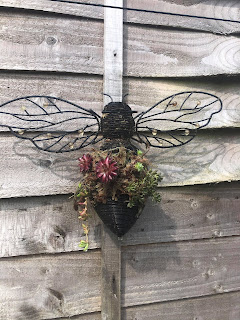 It has been difficult since my last post in August last year, I have been struggling to walk with out limping for quite some time, which has made mine and hubbies life very different.

He has been responsible for all the dog walks whilst I hobble round. We managed to get an NHS appt booked but it wasn't until December 2020 and I was told I would need an operation but it would be quite a wait.

Hubby said enough is enough and so I had the operation done privately, it has been very difficult, as you know I am a doer, so sitting for the first 2 weeks after the op with my foot raised above hip height for minimum of 45mins out of every hour has not been easy.

Then trying not to over do it once I was allowed to get up has also been a struggle.

I am now 2 stone bigger and the saddest of sad news is my lovely side kick Darcy has had to go over the rainbow bridge, he became unwell we thought his heart murmur had notched up a bit but sadly he had severe kidney failure and there is no cure. 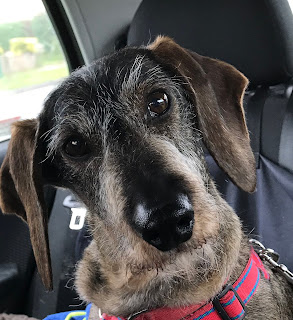 My heart is broken, as I was so looking forward to getting back to walking him again.

Hopefully once fully recovered I will get back to blogging again.