Is there anyone still reading this?

Look what I saw as I stepped out this morning, sun!! Oh what a delight,it has been so cold. I don.t mind the snow so much, but last night the heavens opened and then it froze! 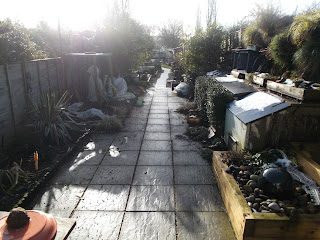 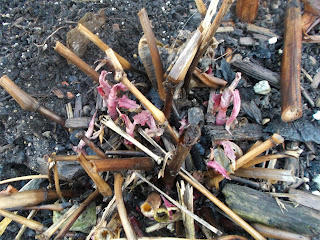 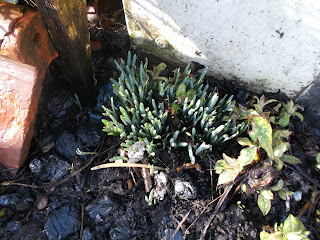 This is my T-Re, last year it was small enough to fit under the table. this year we had to give the legs extensions. But it seems to do the job and protect it from the frosts and snow we have. Not sure what we will do next year? 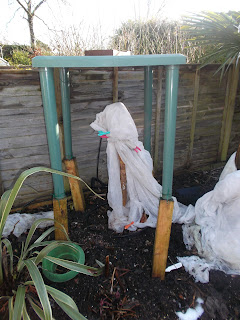 My Trachy, has been unbelievable this last year, it has grown more than it ever has since I had it. I put that down to the excessive rain we have had. I obviously need to water it alot more than I do! There are 3 spears currently pushing there way out. When it was covered in snow I had to rescue it and shake it all off. 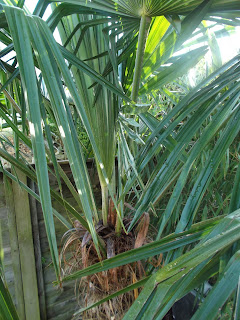 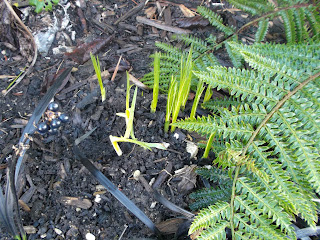 The 'Living Wall'. Just I think, hanging in there. the biggest problem I have found here is the watering. Especially over the cold periods. You have to judge when its going to freeze and when its not. Only watering on the non freezing nights, so there little roots don't freeze. I haven't protected this at all this winter, so it will be interesting to see what comes through and what doesn't. 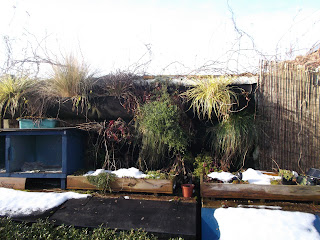 I went to and Open Garden last year and they had these enormous plants, which I thought would look really good in the jungle. I got talking to the gardener and although he had non For Sale then, he was going to split a big one, a month later, so I paid him some money there and then and collected them later. Its a Cardoon, and I have 2 which as you can see have come through quite well. 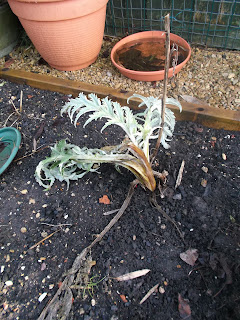 My neighbour grows bamboo, which she has not restricted, I have done everything I can to stop it invading my veg beds, so each year I dig up everything that grows my side and heel them into the veg beds to over winter, then pot them up for the Oen Garden. I must have about 10 plants at least. 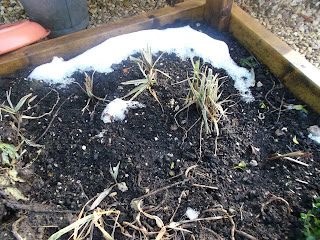 Good old Hellabore. My friend has a gorgeous one Hellebore sternii which is beautiful, I will really try to get one this year. 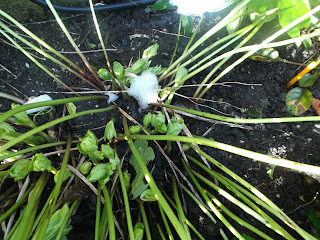 So a big decision has to be made..... to open my garden or not? The Village is having its Open Gardens again this year. As you know I really need it to be as late as possible. But this year the Steam Rally is on and that is usually the 1st weekend of July. I think it really depends on when they decide to have it. Plus I will be on my own as hubby is now working away in Birmingham and only comes home at weekends, so I won't have his muscle power. Also my daughters boyfriend, who has helped alot with the heavy stuff is off on a ship, so it will be down to me and daughter K. 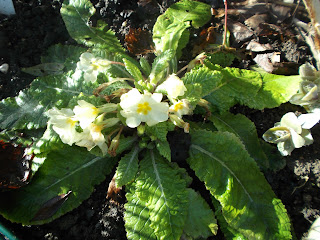 Fish are still alive, I appear to have only lost one so far. 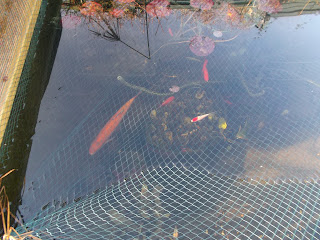 The pond got hit badly by the snow. 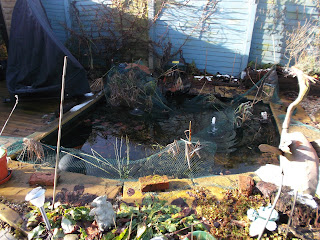 Erm, and a certain person (me) forgot to cover the Gunnera. I wonder if it will come back? 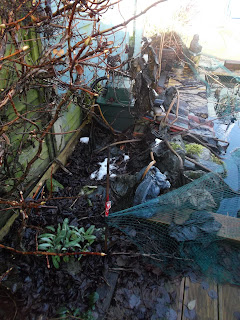 Mean while in the tightly fitted greenhouse everything is ok. 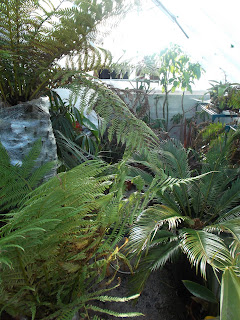 Having to sprat regularly with white fly prevention spray as I seem to be inundated. 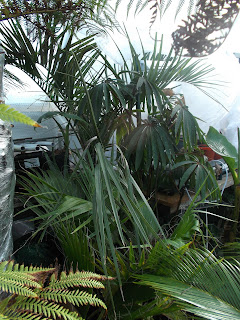 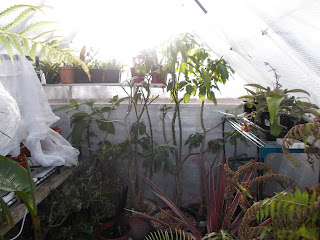 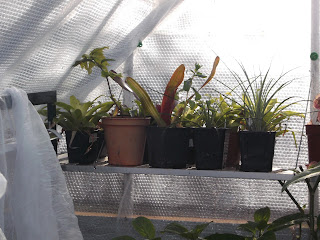 I will do my best not to leave it as long till the next post. If it stays sunny, it will be soon, if it goes grey again, it could be awhile.
Posted by Libby at 13:19 6 comments: