One or Two Hold Ups!

Well we all (builder and us) are back from holiday. Builder returned to work on 12th September but I promptly sent him home as he was so unwell. I told him to go home and get better, he tried to return on the Wednesday, but was still not right so we told him not to rush back. Poor chap, when he did come back on the following Monday (19th) he told me that was the first week he had ever taken off work!

Anyway, due to the holiday and illness it was light work the first week. As you can see he has enlarged the side window. 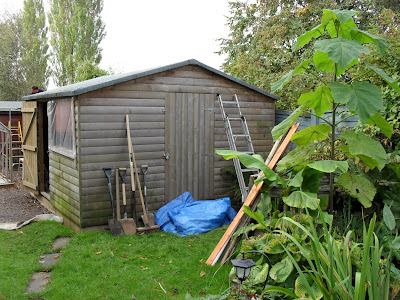 The back windows have been made bigger also. 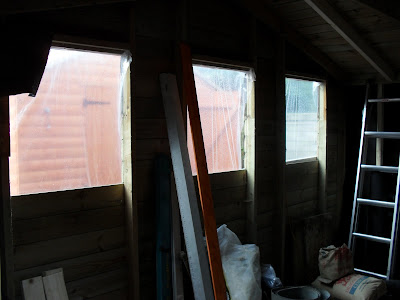 this is the side window with the side door still there! 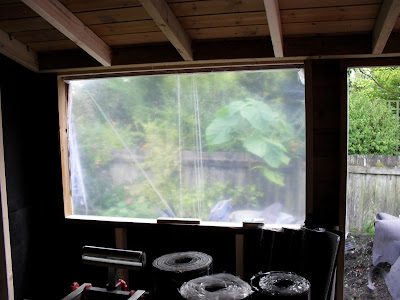 Here is W cutting out the front double door and side windows. 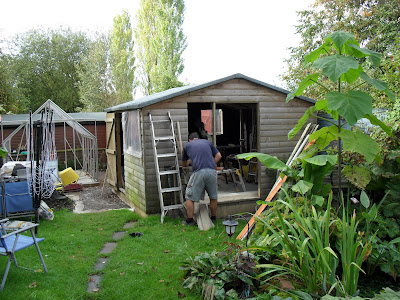 even with all the black membrane inside we now have loads of light coming in! 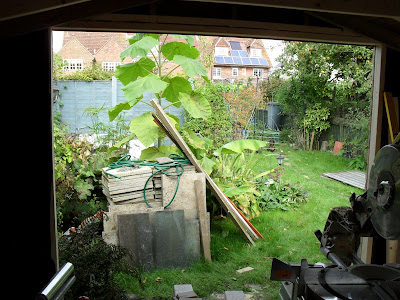 the wood that was cut out from the front was used to fill in the side door. 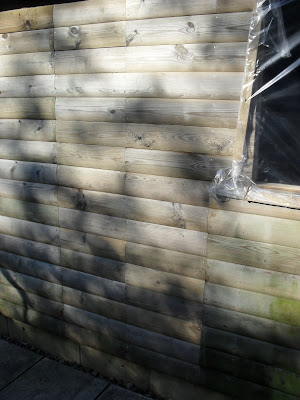 which is all sealed. It looks that good that my neighbour walked past it and never noticed lol!!
As the weather has been so gorgeous this week, W, decided to crack on with the paving. We are re-using all the paving slabs we had accumulated, yes they might be a bit grubby, but nothing a good jet wash won't cure! 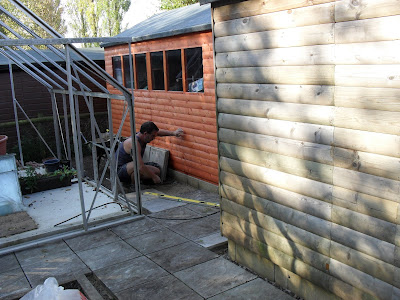 Its quite bizarre walking on them, they are so solid and level! 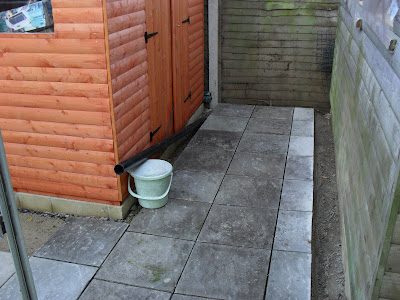 Having been used to 'wibbly wobbly' for donkeys years, I am seriously thinking of getting him back to do the path through the veg area! 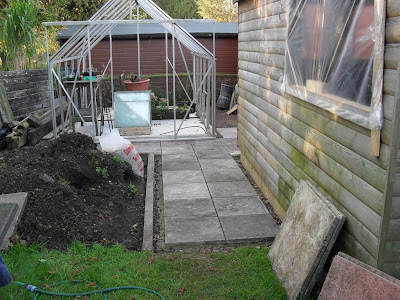 The gap down the side is for the gravel, which will allow drainage! We have now acquired a bed to the left of the path in the last pic. I was planning to put this to grass, but having watched it over the last few days it gets a good lot of sun, so I am tempted to use it as a veg bed! But this would mean further changes in front of the office, which hubby has yet to agree too!? I'm working on it!!! 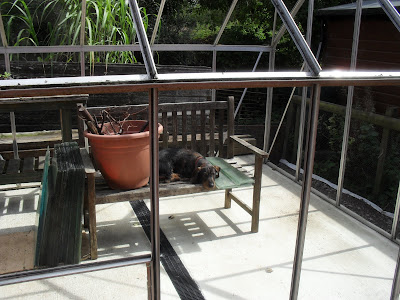 I am looking forward to glazing the greenhouse, did I show you the drainage channel W put in for me, 'dead posh here'! We have to wait to glaze until all the heavy work is done as behind the greenhouse is where the access is. Sadly not a permanent one!

Windows and doors have been ordered due 2-3 weeks. Guttering, waterbutts in fact most of the out door work will be done whilst the sun is shining on us! Getting excited now!!
Posted by Libby at 09:23 4 comments: