Since my last post time has shot by, the weather has been too hot for me to garden except for the watering in the evening.
K and her boyfriend have now moved into their house and all of a sudden I have time on my hands. Its very odd not to be needed, or not doing something for someone. Something I am still getting used too and probably will for quite awhile.
So out in the garden, plants are growing well, lots of watering is needed, but I like the cooler evenings. My daughter showed me a photo of a wintery scene and said 'only 16 weeks till this'! So I am definitely not complaining about this glorious weather! 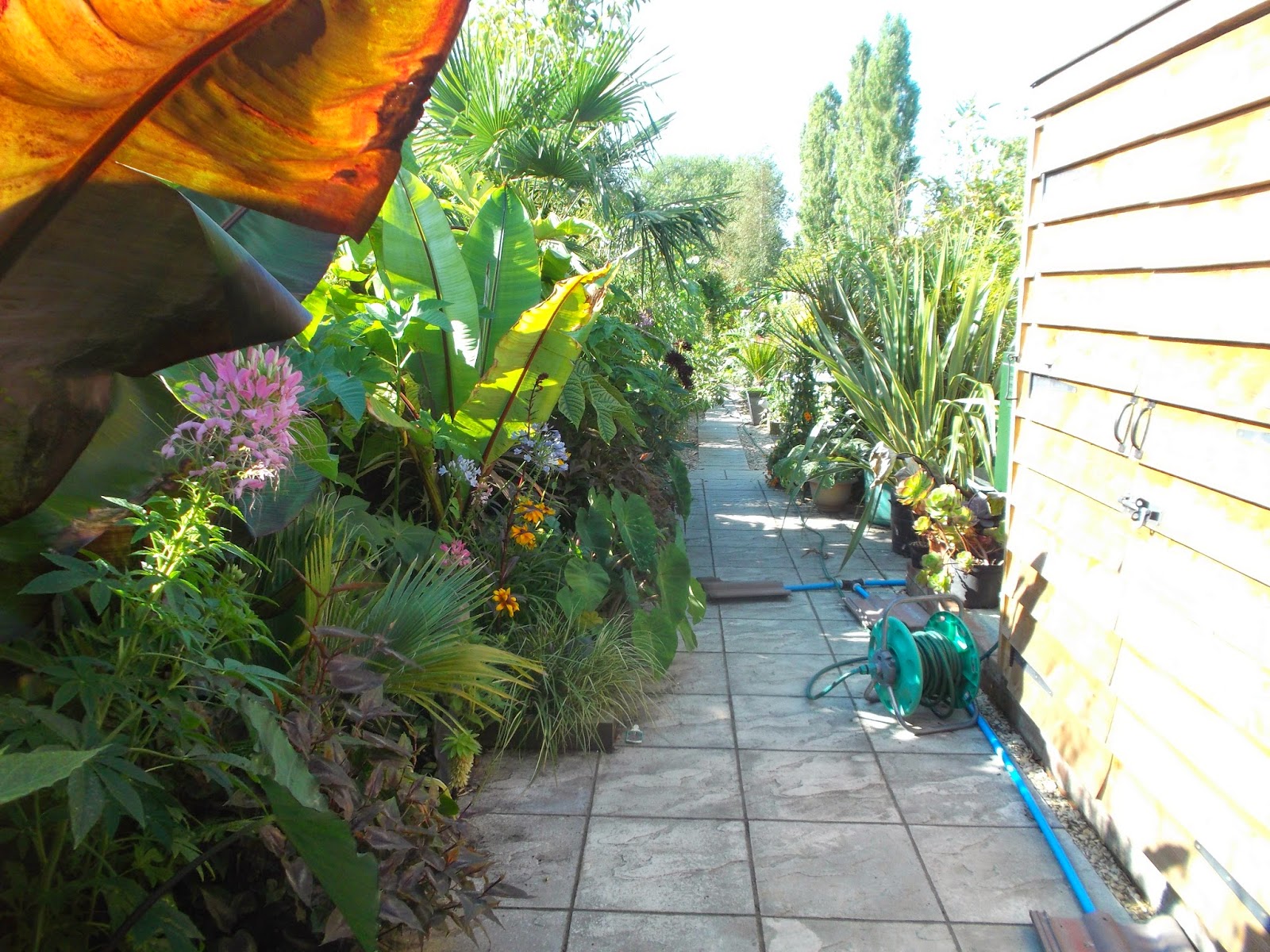 I really, really love these Cleome's. To be honest the photo doesn't do it justice. They are definitely going to be grown next year. 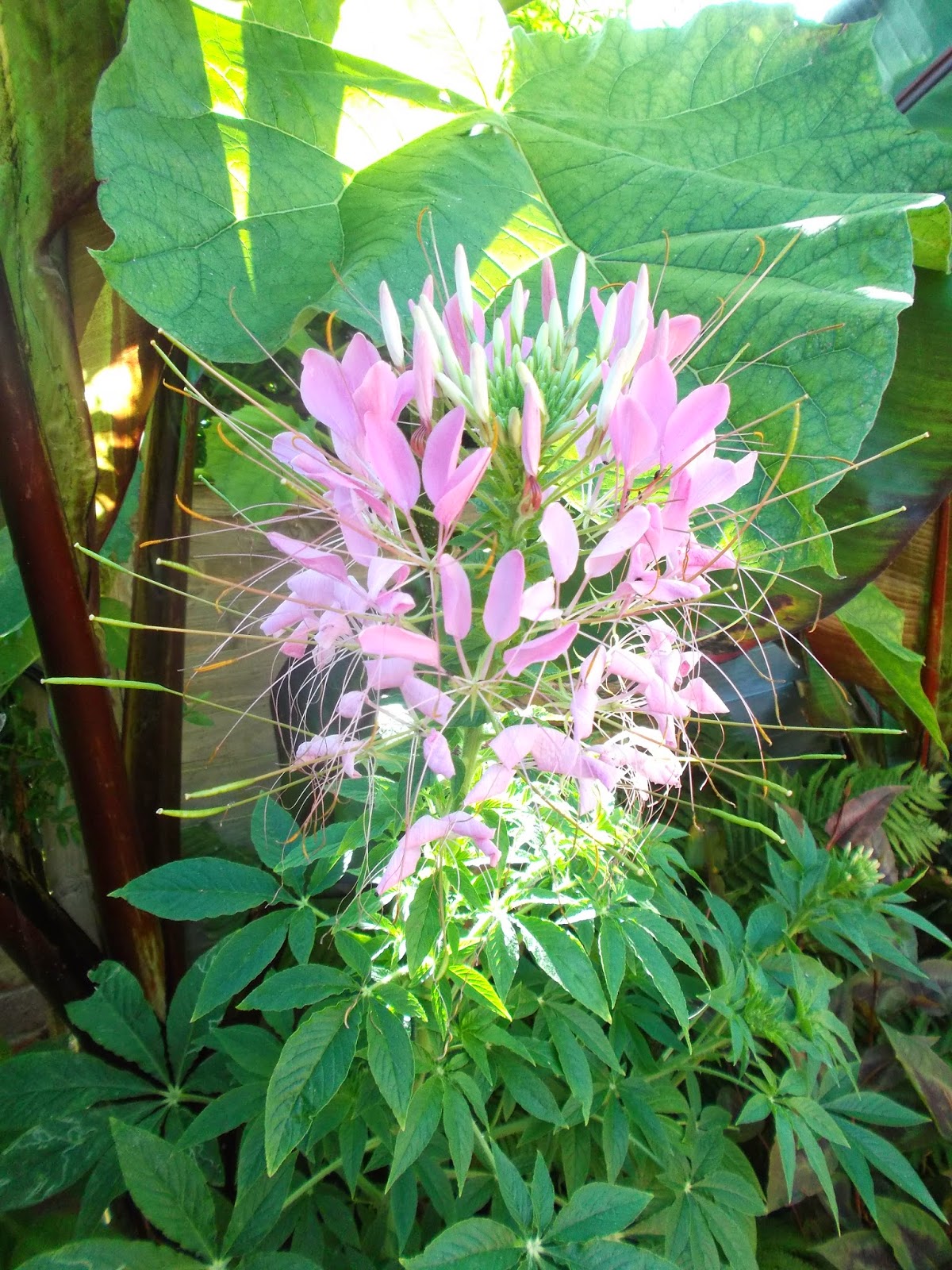 A bit further down, lush and green and huge.The Hiniba, banana with the Red centre is doing really well. 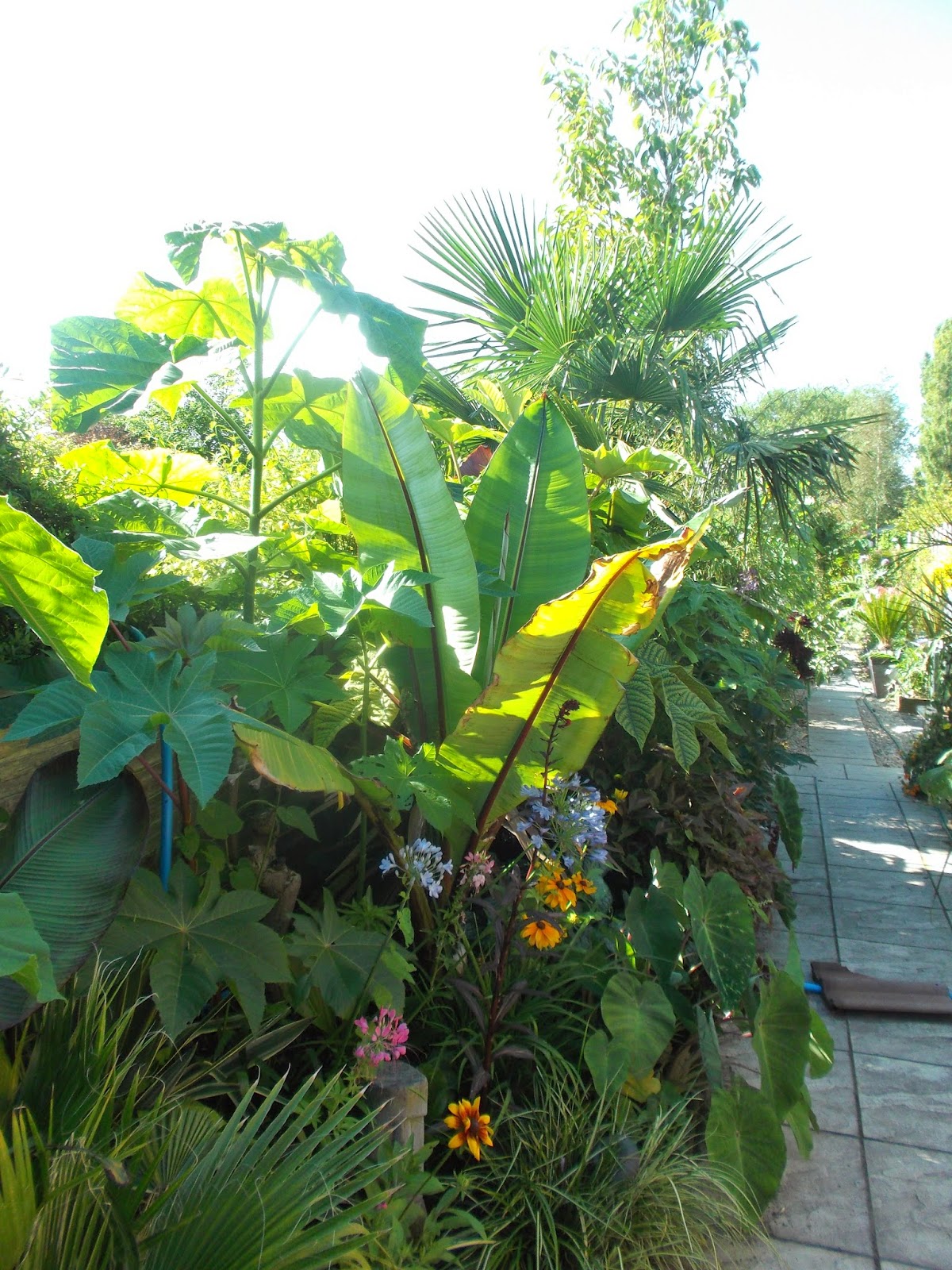 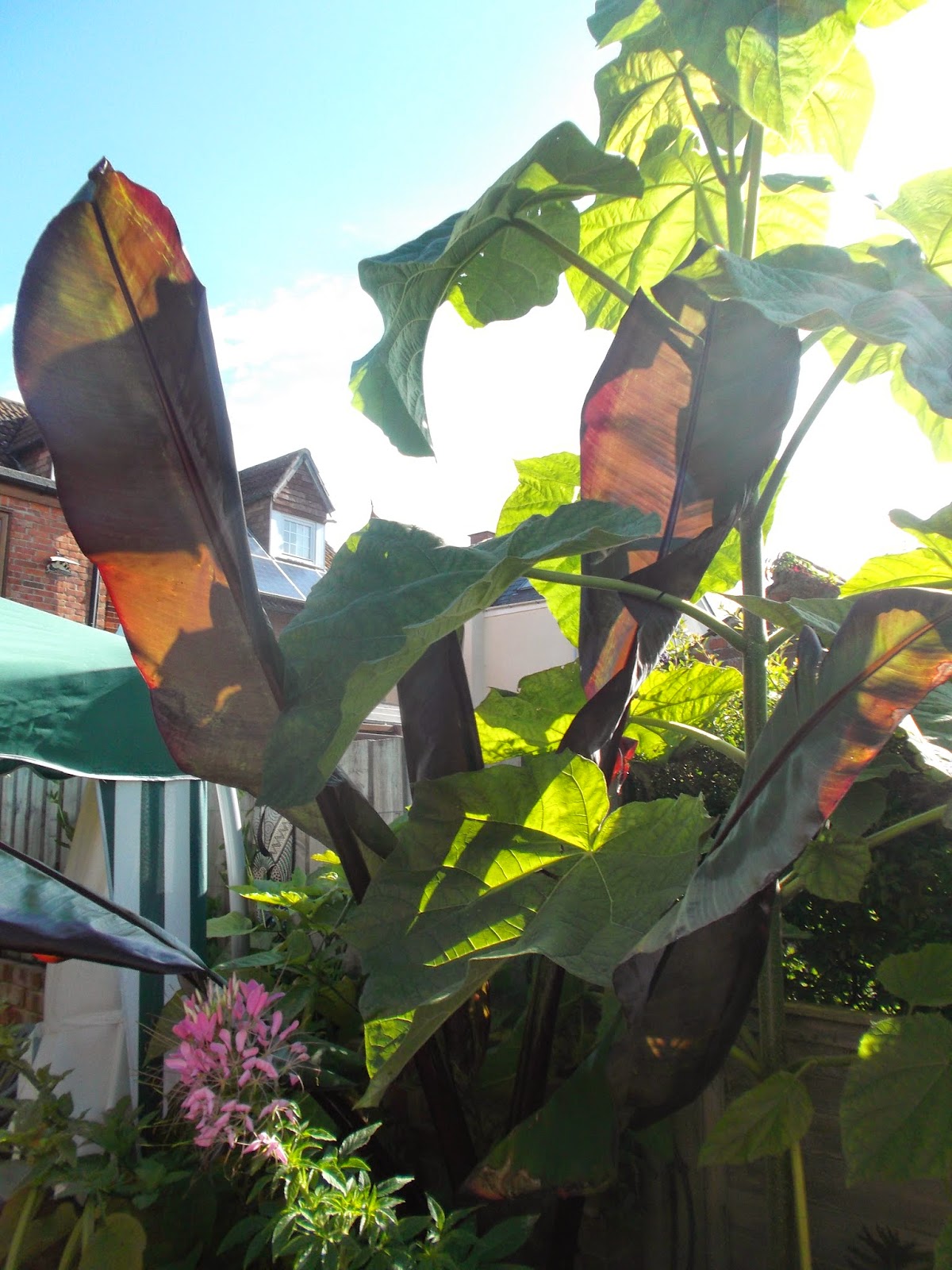 My Cycas Revoluta, enjoying its 2nd flush in 2 years, I think its now looking like I expected it to. Well worth persevering with. 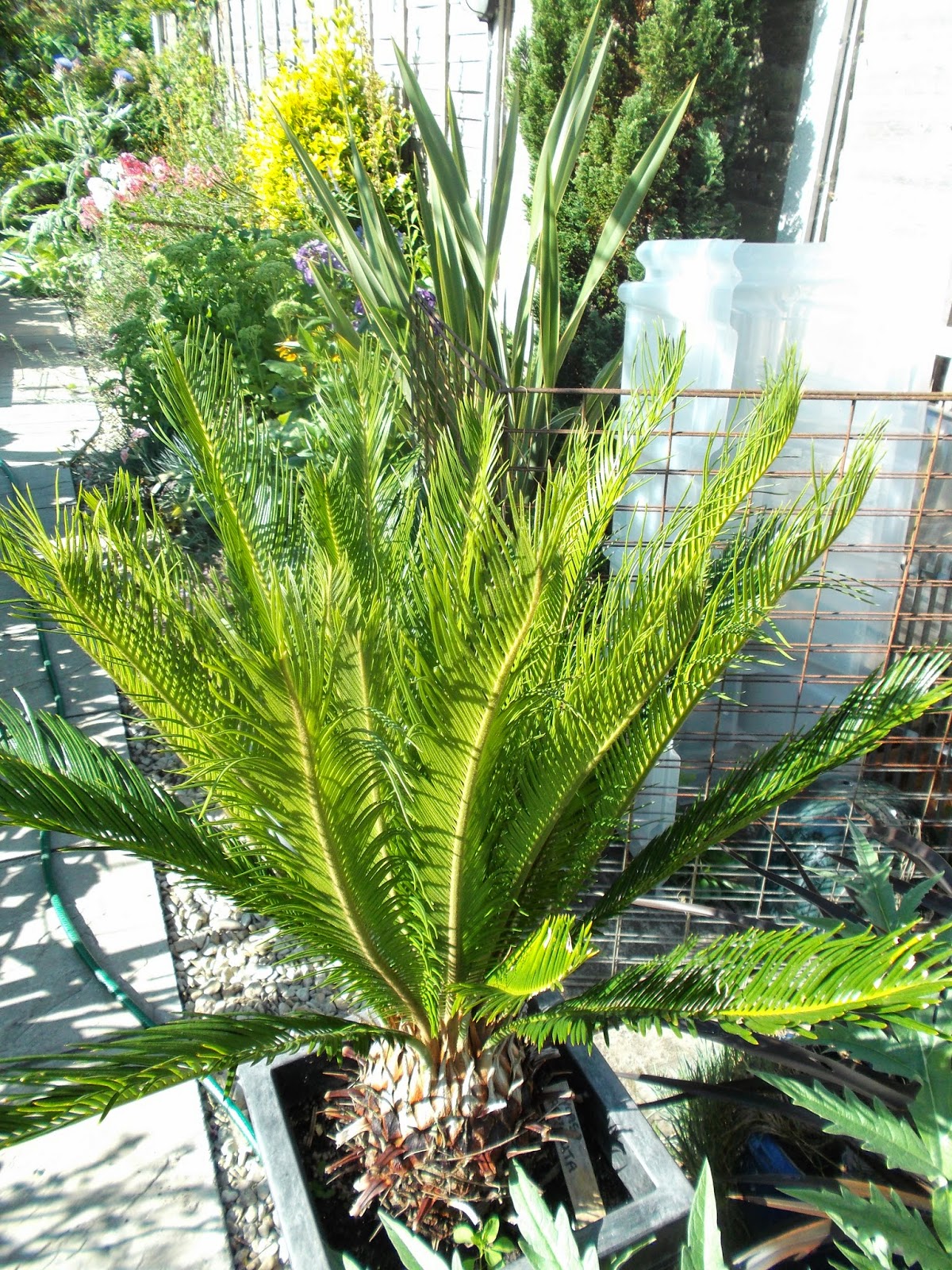 now has plenty of time to harden off. 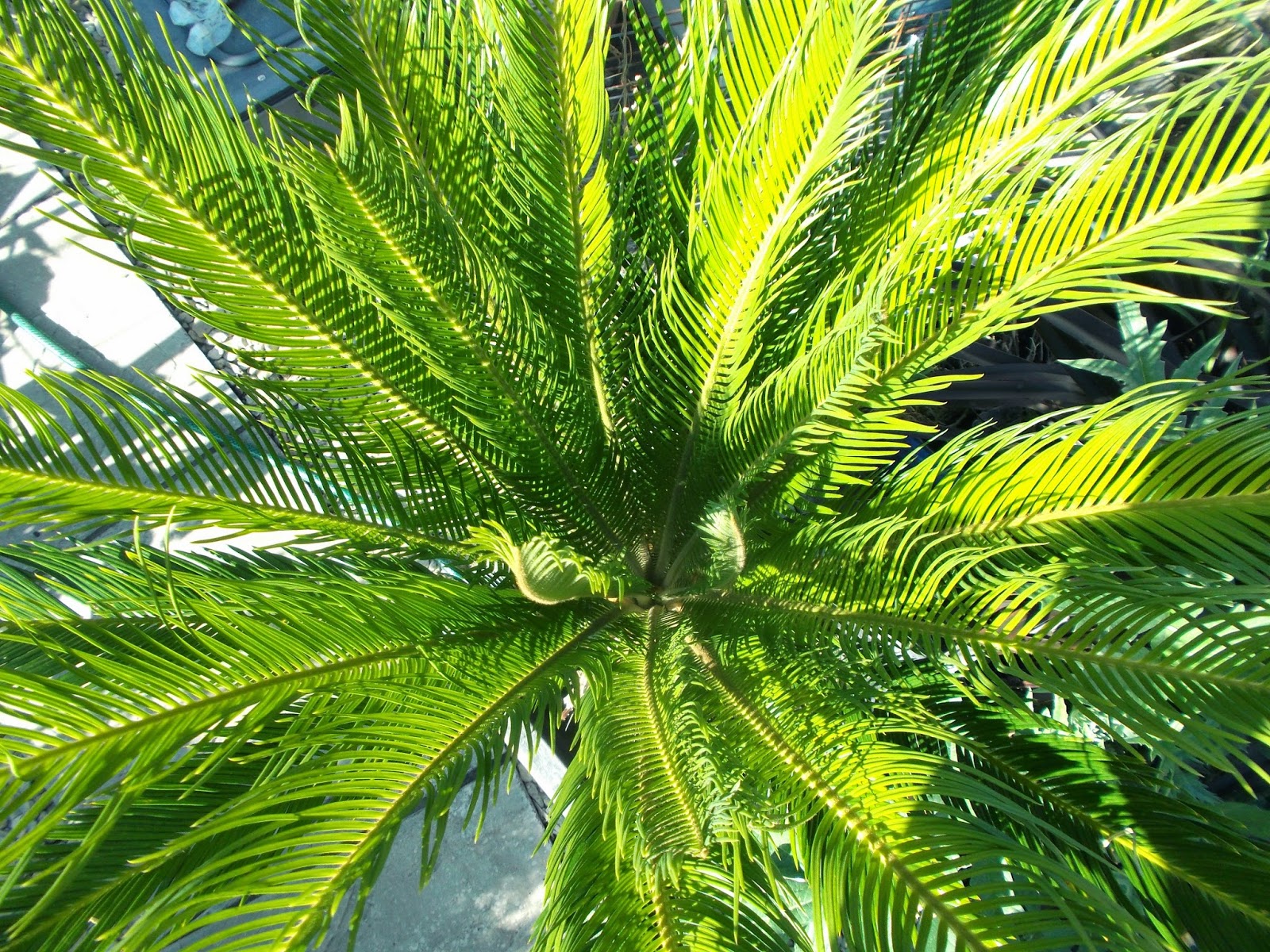 French Beans. I love French beans, good job as there are going to be so many of them this year. I like Broad Beans too, but they are such a faff to do! 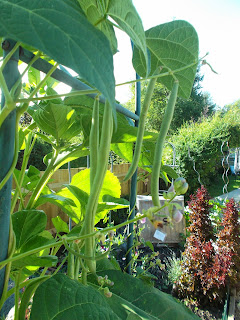 My lettuce has bolted! I like it, think it looks so pretty and you can still eat the leaves. 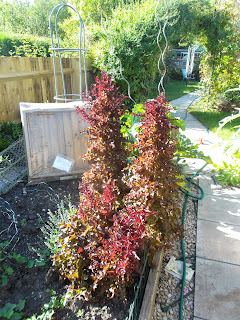 The cardoons are doing well where ever I plant them and the insects and bees love them. Hardy over winter is a bonus too. 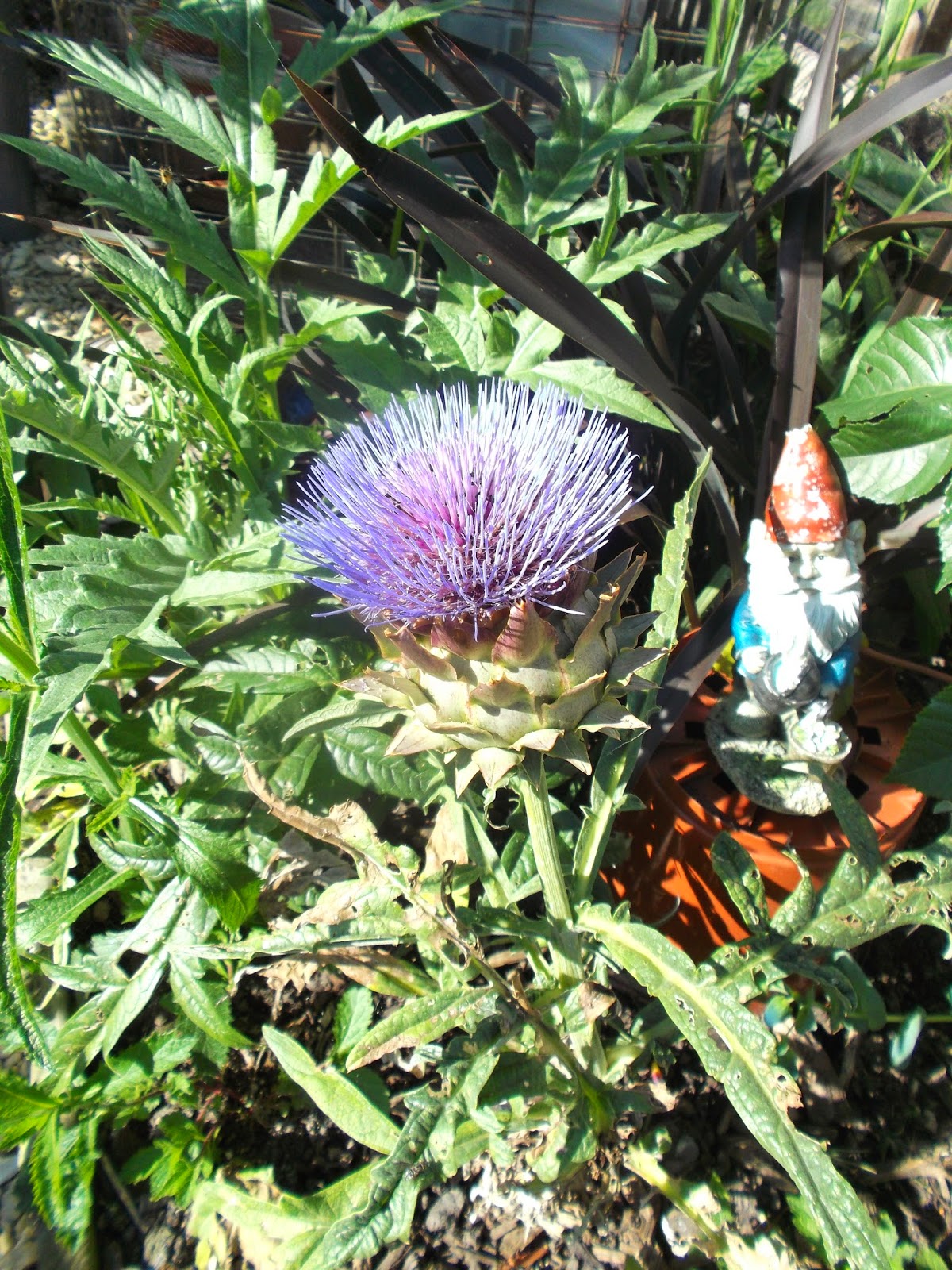 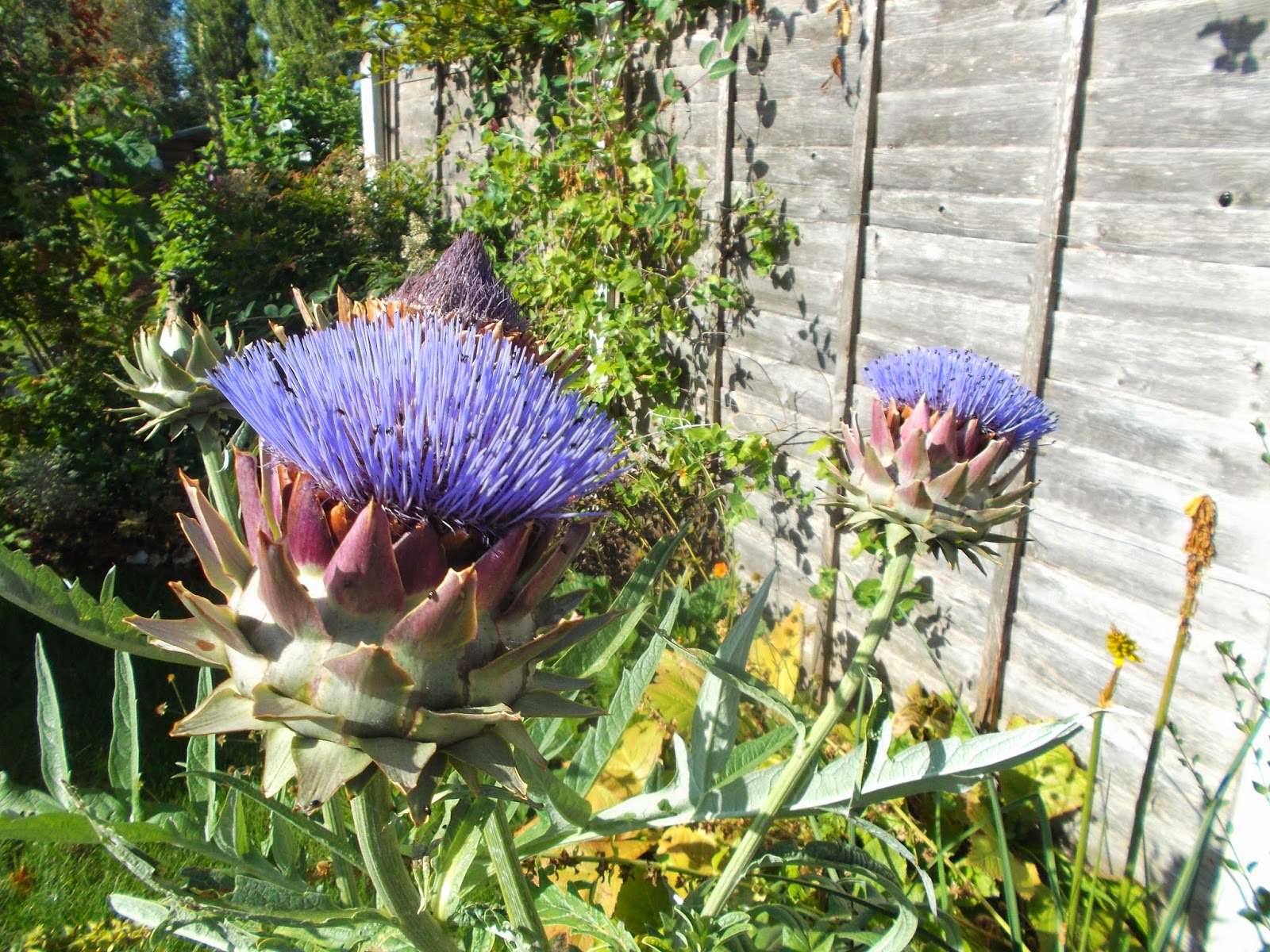 The passionflower down by the pond, still flowering away merrily.... 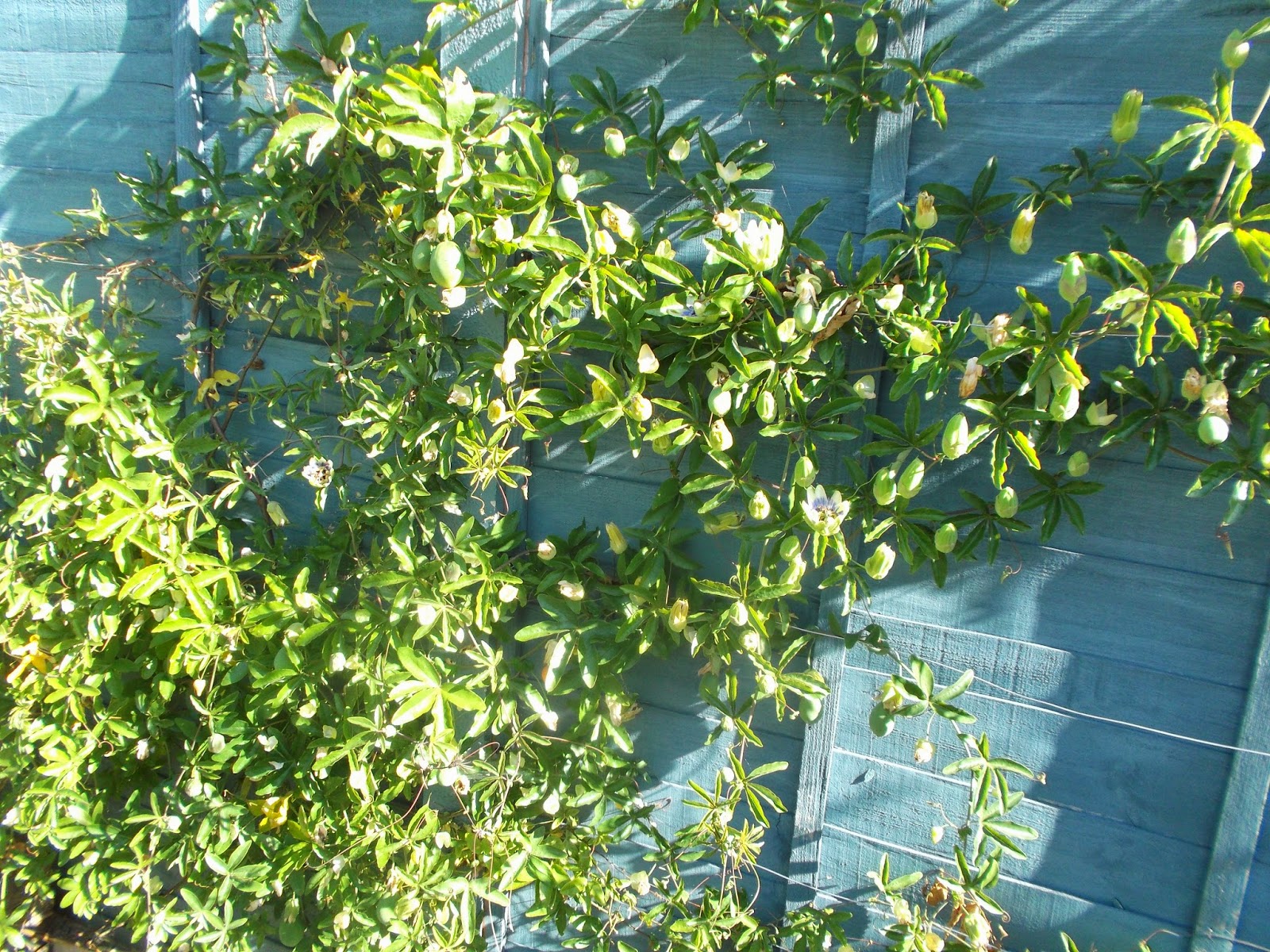 some of the fruit are ripening. I wonder if we could use them, and if so what for? 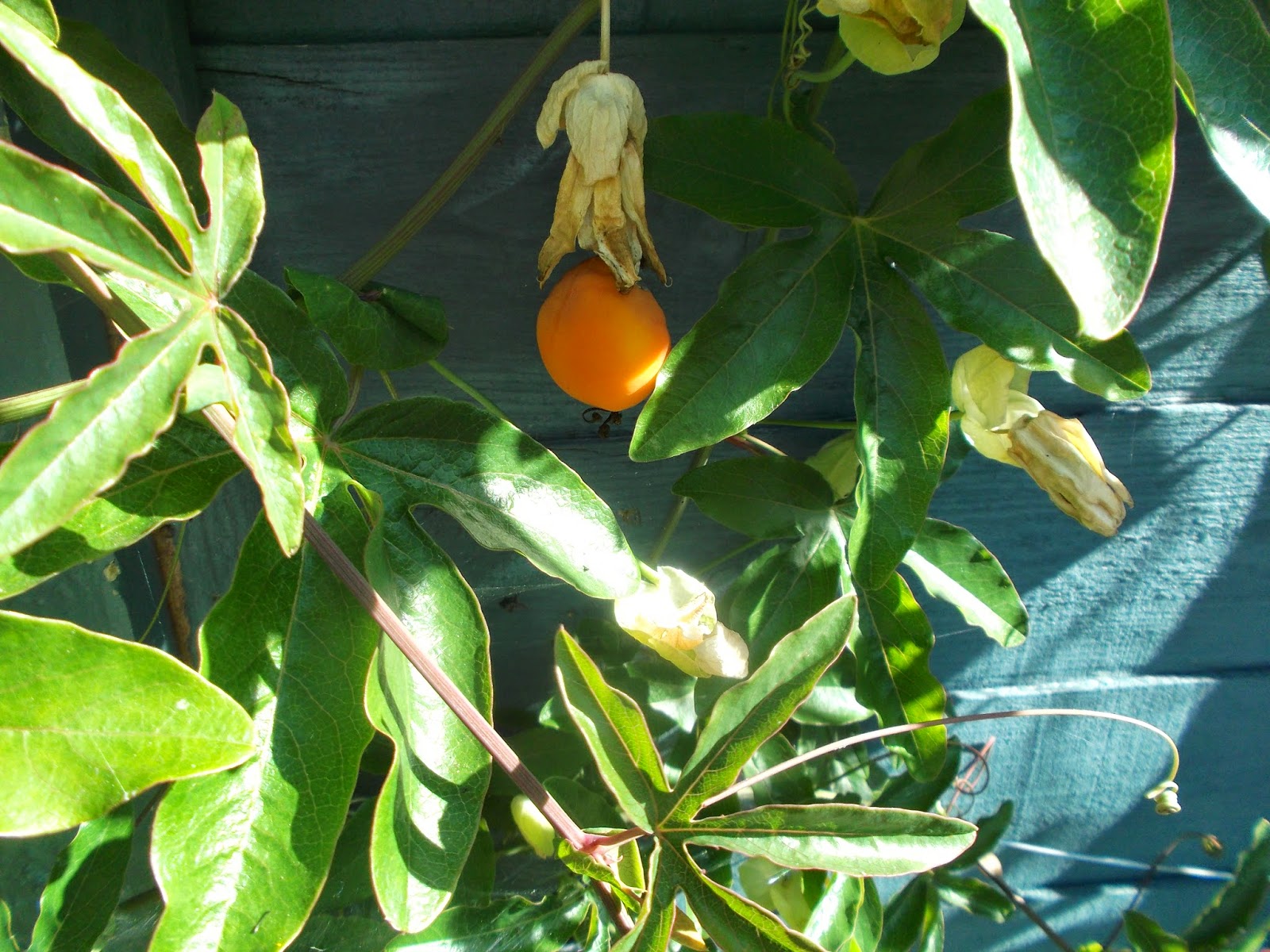 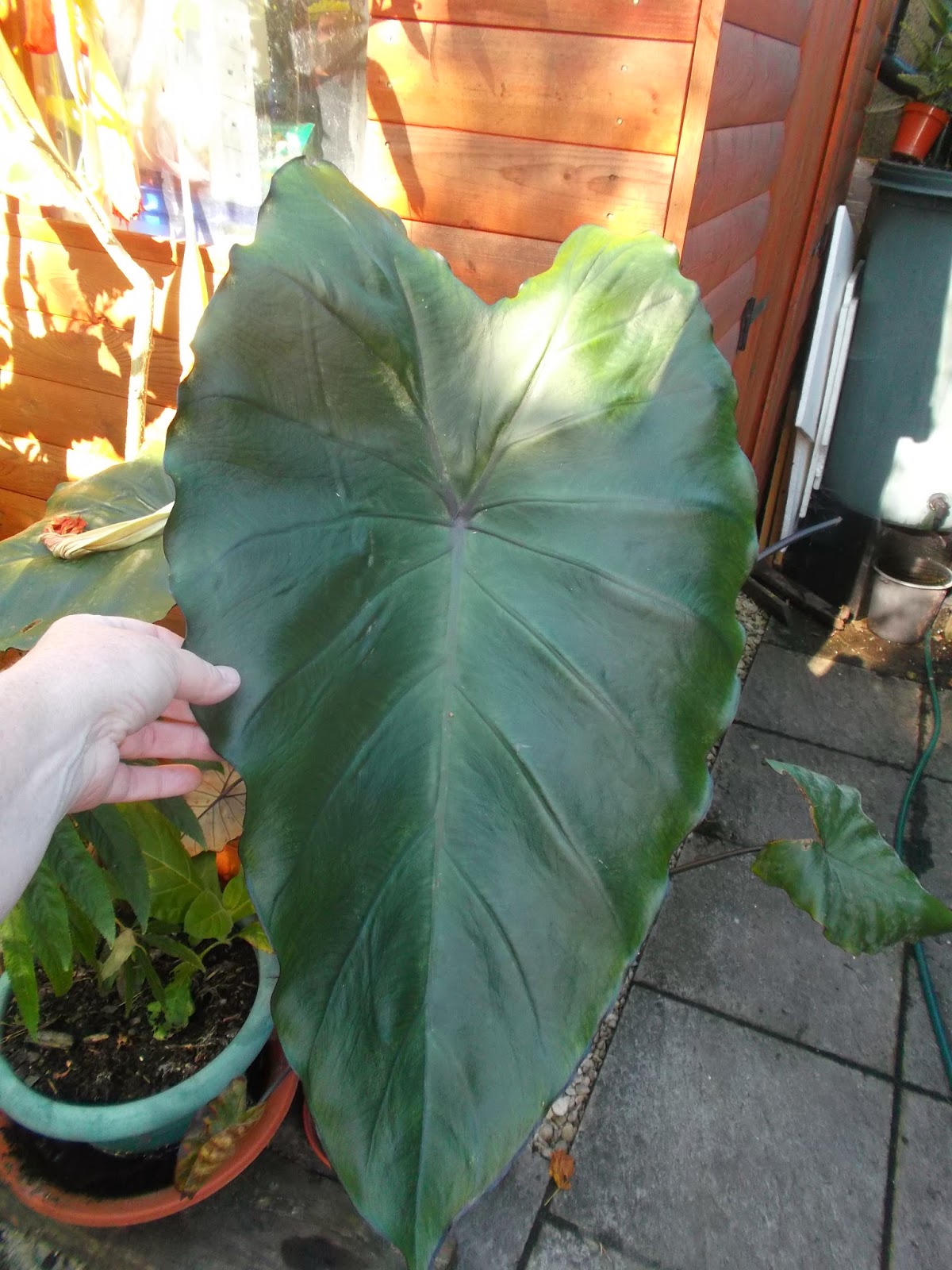 Some of the large leaves doing really well this year. 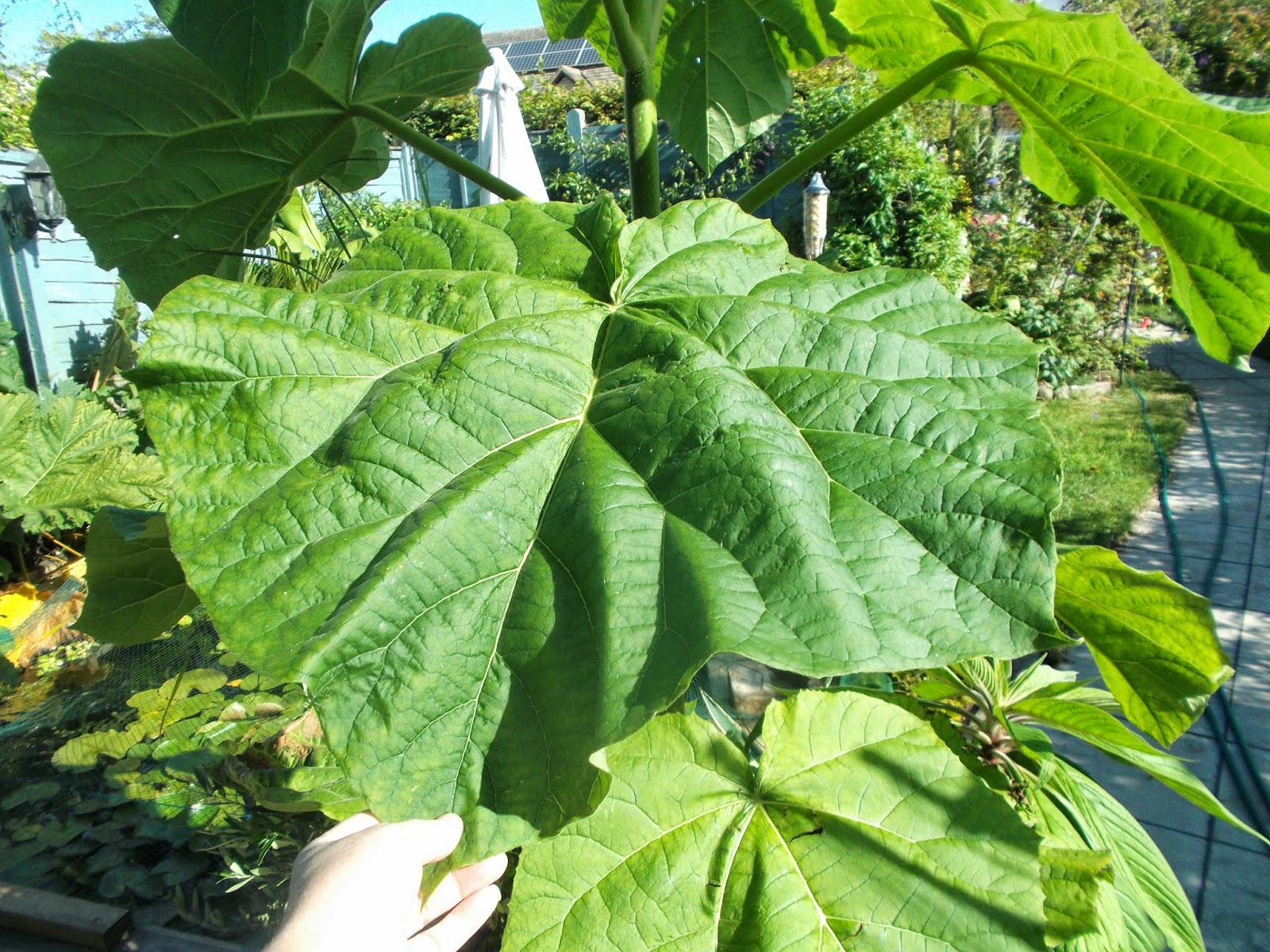 At the front of the house is my window box, now this window box without the plants is very dear to me, as my dad had it made along with another one, now defunked, for our family home. Mum let me have this one when she moved after dad died. Its make from teak and weighs a ton, but I love it.
Anyway as you can see I have achieved the clashing colours I wanted last year. The surfina's where/are not happy here at all , so not much trailing has been going on, it looks just as good inside as it does out! 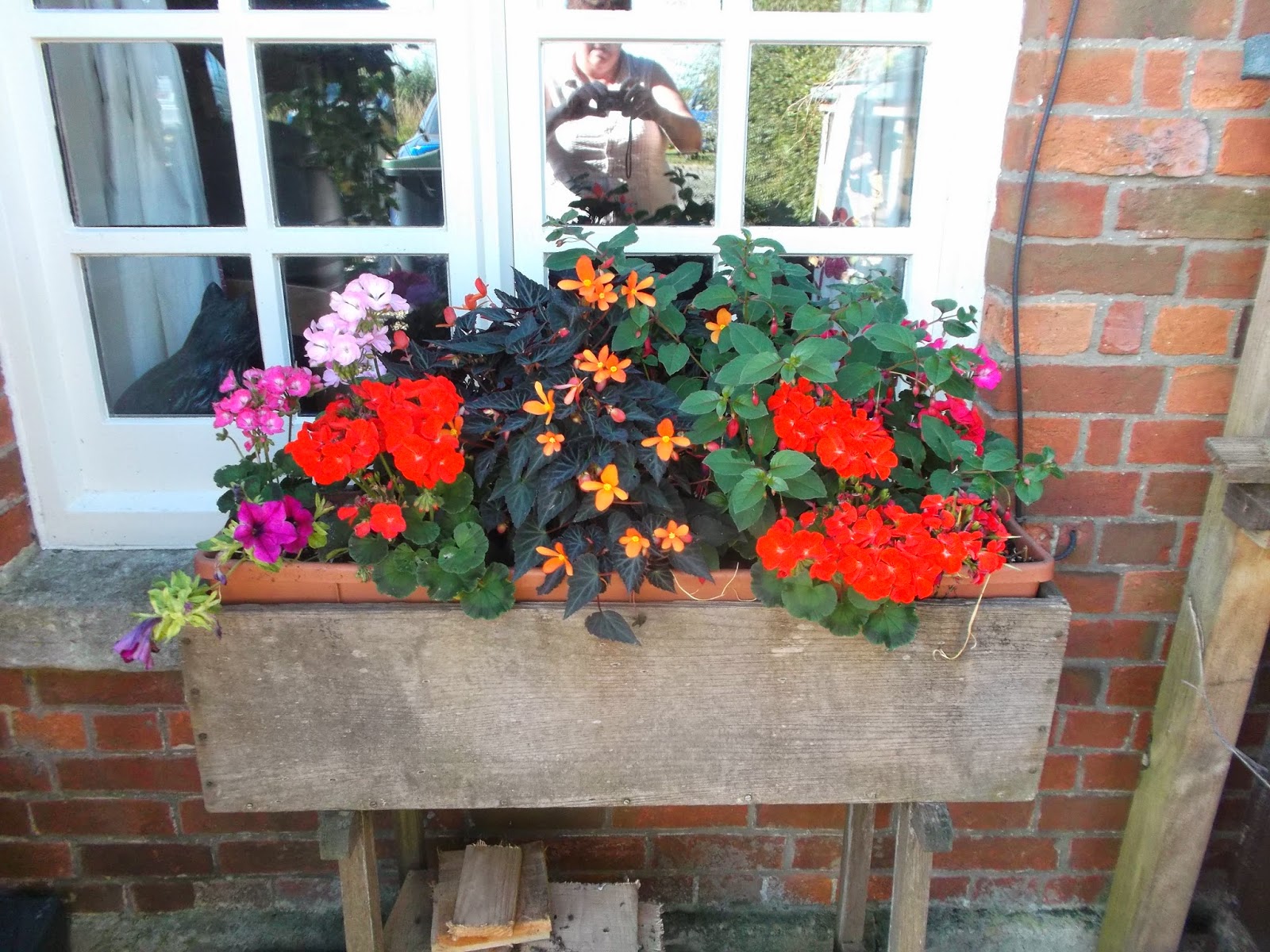 My hanging basket was my hubbies idea, he saw one just like this in a garden centre, so I thought why not give it a go. Ipomea and Black Eyed Susan. It looks fabulous and has not stopped flowering. 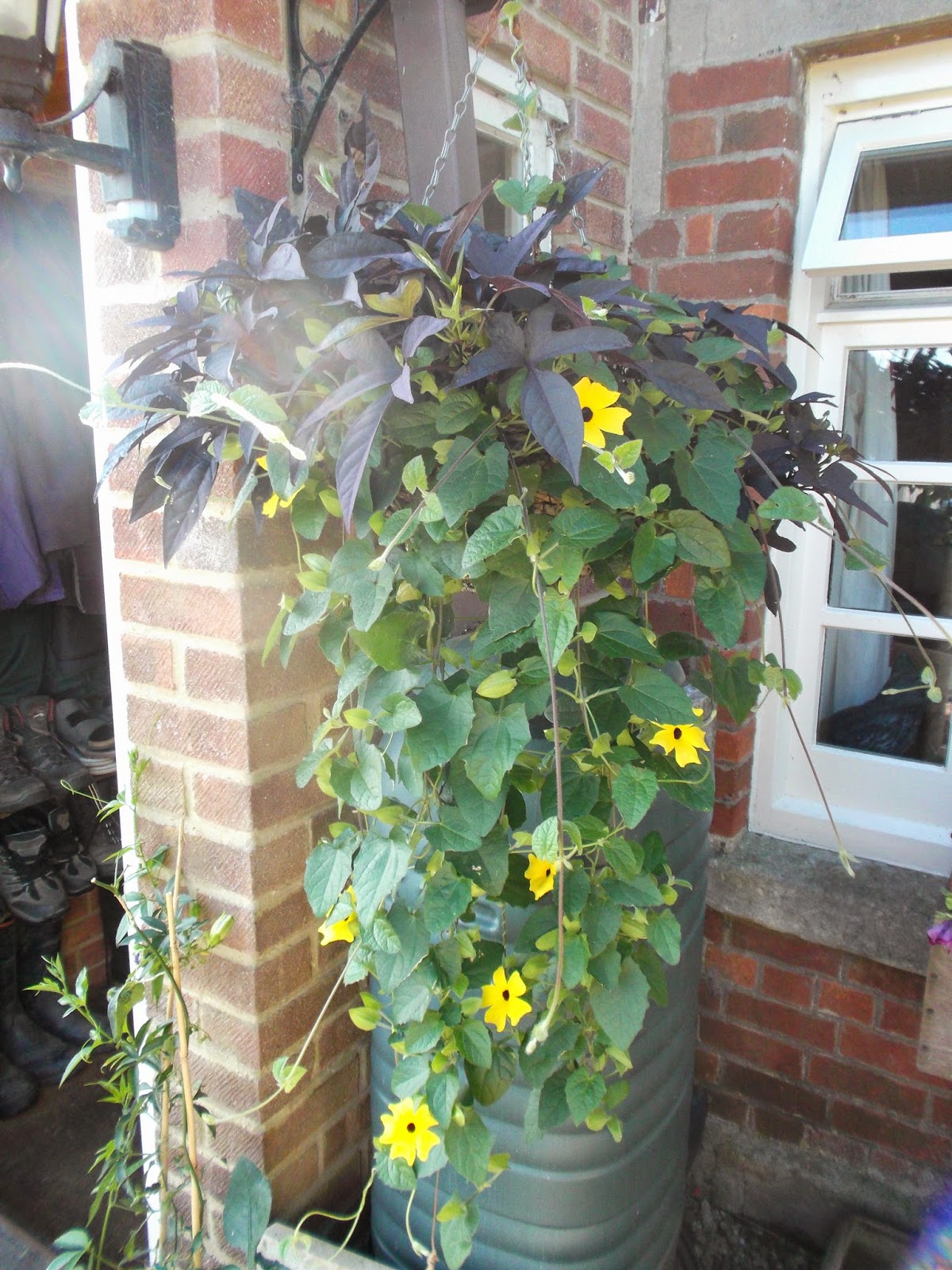 Now for the best bit, I have a pot to the side of my front door and as I'm on a budget this year I ran out of plants, so wandered down my garden to see what I had left. I found a Passionflower I have had for a few years that has done nothing, so I thought if nothing else its green. Anyway it was planted, and bearing in mind this is north facing.... 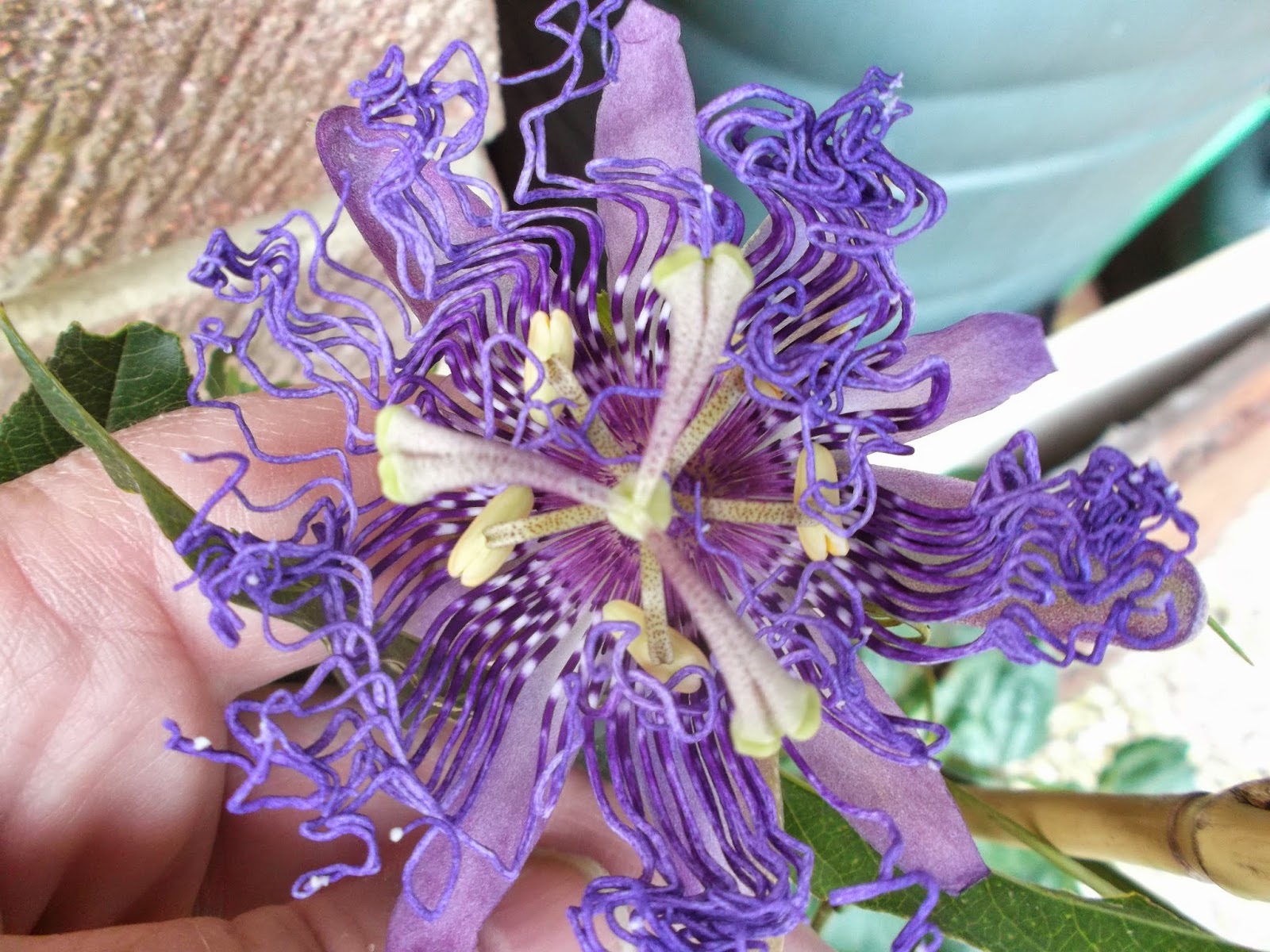 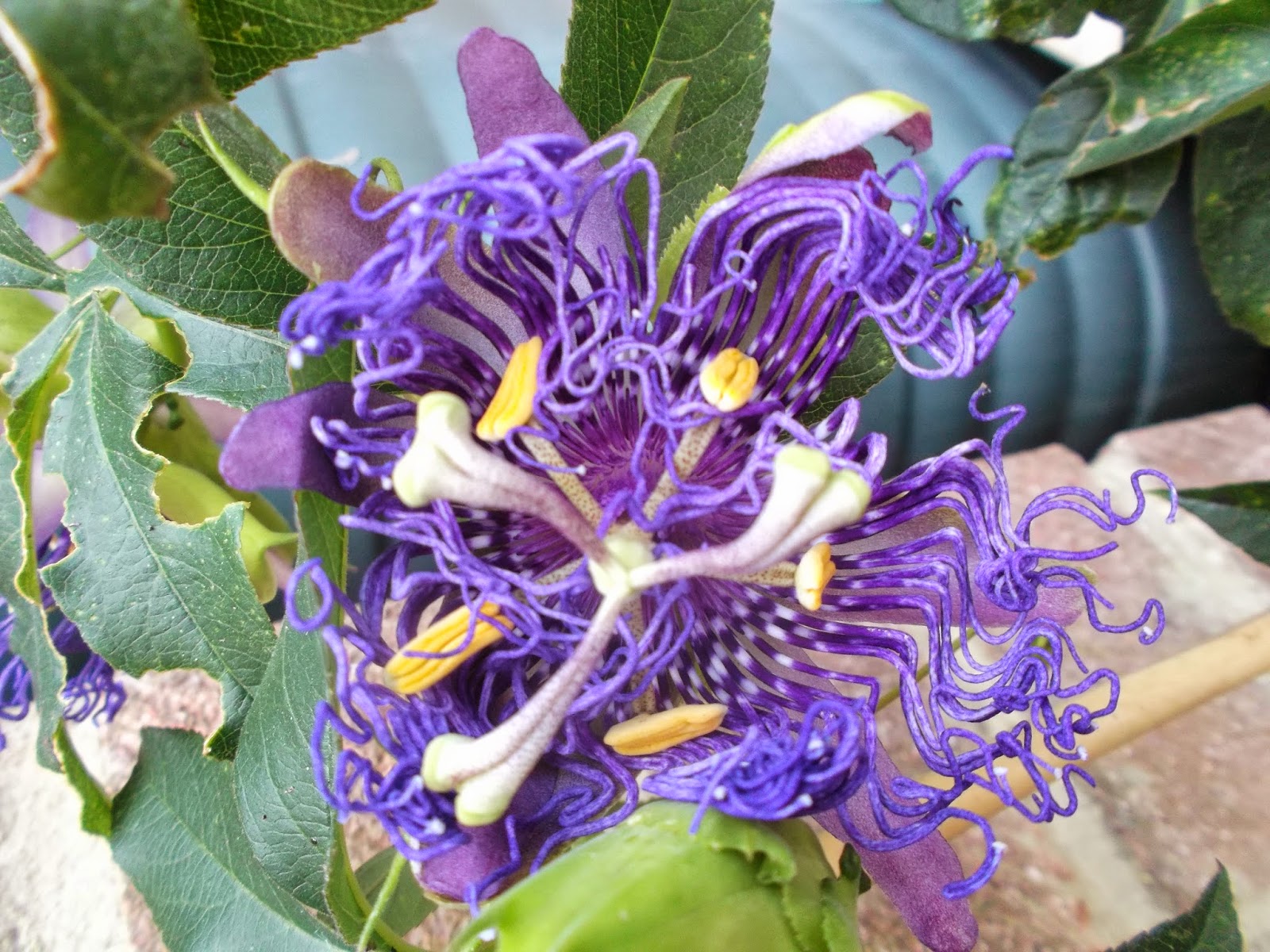 Aren't they the prettiest flowers ever. I may just keep this plant!