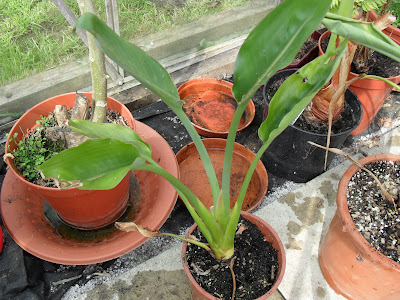 the other seems curly and does not seem to have the leathery feel of the other one, wonder what I'm doing wrong? 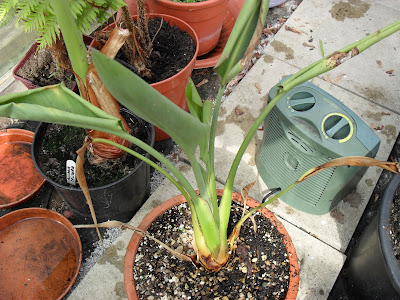 One of my Brugmansias is coming into flower, it is the yellow one that always seems to flower first and puts on the most amazing display! 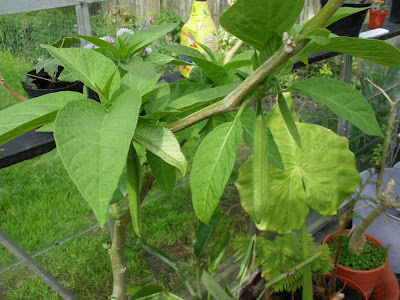 Since I potted up the bananas and started to water and feed them they have really taken off. Although I lost a few over winter, I thought I had done well, but since potting them up I have lost another one :o( you can just see it, third pot along in the middle! 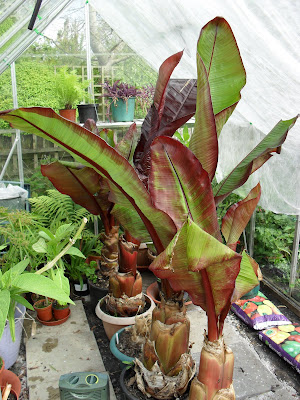 I love the colour of this one, but as you can see it is abit curly, I think this is whats known as the strangles and if I recall this one did the same thing last year, it was suggested I threw it away but I persevered and when it got really bad I lopped it off part way down the trunk and it grew fine after that!! 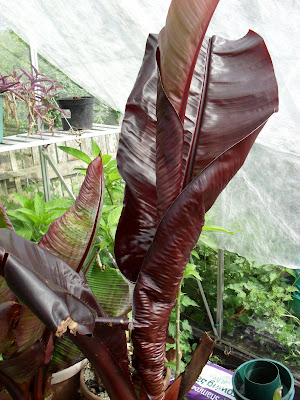 This is my new banana which will replace the ones that did not survive this last winter. 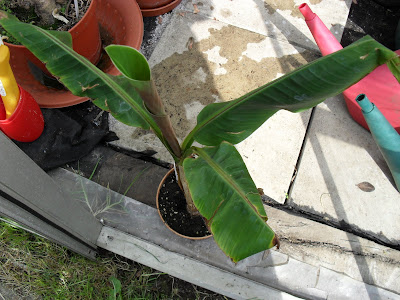 I need to decide whether is should go here, by the pond 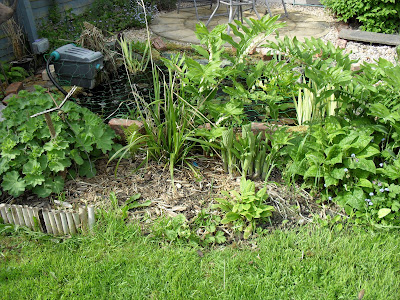 or here on the patio 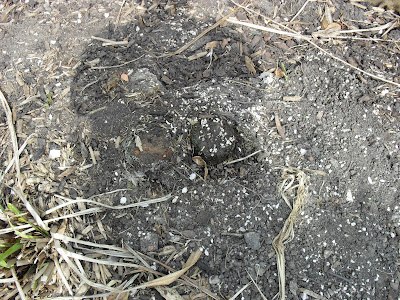 I think I will plant it on the patio, although I loved the one down by the pond it really was beginning to spread and I could see it taking over this bed and even puncturing the liner in the pond!

So now I have to decide what to put in there instead! In the meantime we get to enjoy the Solomons Seal, another spreader, which I usually have to cut back because it gets covered in caterpillars! 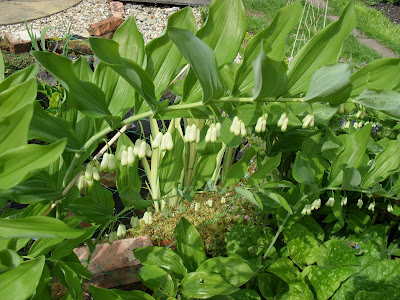 The gunnera is coming along slowly, and this was definitely one plant I expected to lose. It is currently growing out of one side of its mound so I'm wondering whether its size has saved it! 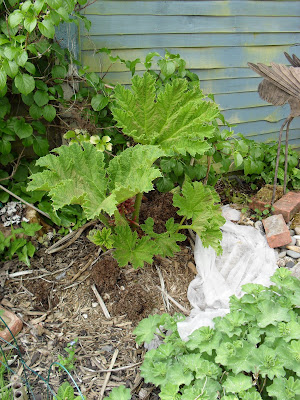 Since the lawn man came there has been a vast improvement in my patch of what was moss. I still have quite a few bare patches but nothing a little seed can't fix! 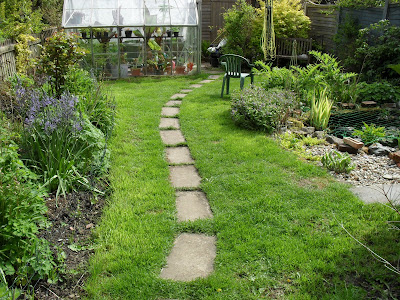 Looking back up the garden we see the veg beds and the bee garden, we had a frost last night, quite a bad one hence the bits of fleece everywhere! 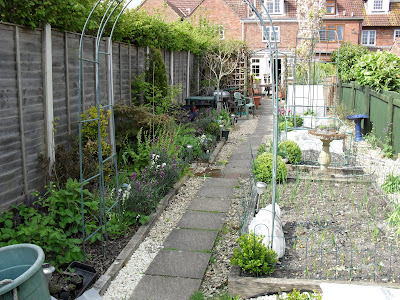 The bay bush has definitely had it. This is going to be a job and a half to get out, but it will eventually give me a new route off the patio, so we can't see right to the very bottom of the garden, hopefully! 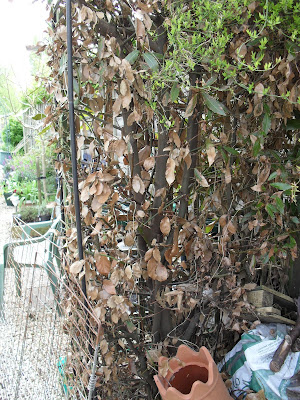 The trachy always amazes me, the big fan has opened in the last couple of weeks and there are 2 more coming up, one bigger than the other. 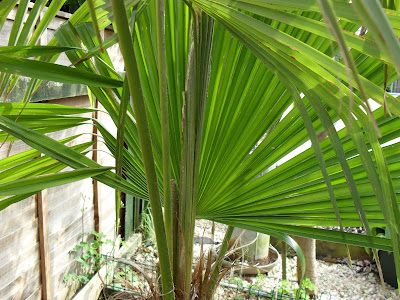 The tree fern appears to be dead and the cost of replacing it is a bit high, but I have a plan, I have bought 2 smaller ones and will clear out the gunge in the top and pop one in each of the dead ones, clever huh! 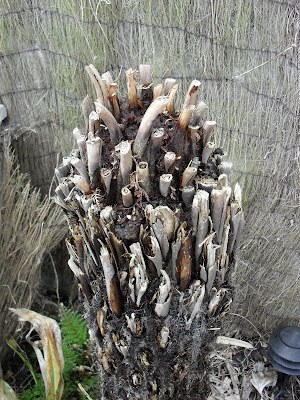 This bamboo has really taken off this year, I should find it a bigger pot, I am debating on whether to ask my neighbour for the old bath that she has lying at the bottom of her garden doing nothing, semi sink it and plant the bamboo in that then it can spread and fill that to its hearts content! 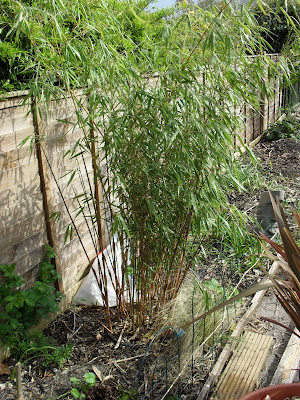 Finally, my friend managed to miss being in any of the pics of the garden, so I thought I would show you this. The rayburn is still lit and this is his favourite place to sleep and his favourite position too! 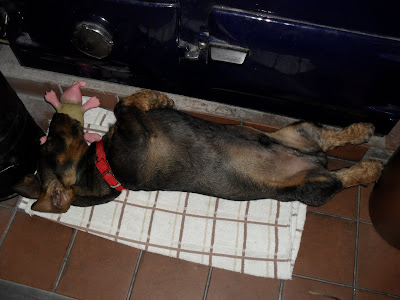