I decided to unwrap my varying palms, the two trunked Butia has come through pretty unscathed but this is fairly well protected from the south westerly winds by the brand new fence. I always think a palm adds something to a tropical looking garden 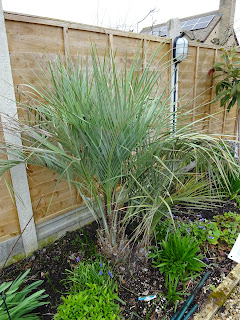 The old Butia which has been planted out since 2014 and is the palm in the centre of the blog header, when it looked decidedly better is as you can see rather the worse for wear. I am gutted, that this and the ...... 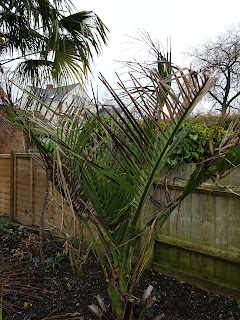 Brahea armata in the next picture look so bad. Having come through last years 'Beast from the East' winter, to end up looking like this after the mild winter we have had, I am quite gutted. 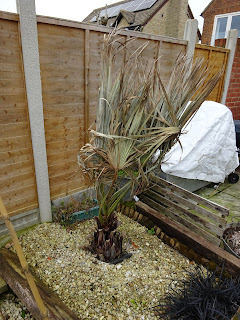 If it was me I would dig them out, I think they look awful. After asking my 'Tropical plant friends' advice they all say leave them in. One person said ' they will be fine and send out 6 fronds this year so will look better'? 6 Fronds??? 6 FRONDS??? I have never had 6 fronds grow in one year, all the time I have had them planted out!
The Brahea armata in 2015 if you look at the old photos of when they went in they looked far healthier. 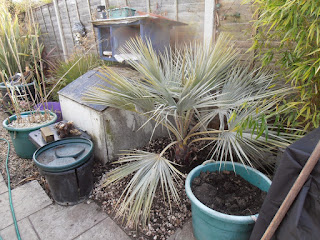 The Butia was planted out 2014 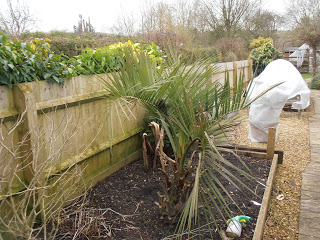 as you can see they both had far more fronds. I don't know, you will just have to watch this space!!
Posted by Libby at 12:20