One of the reasons I was banned from the garden in the run up to the wedding. Today was my first 'full' day in the garden and you can tell....... 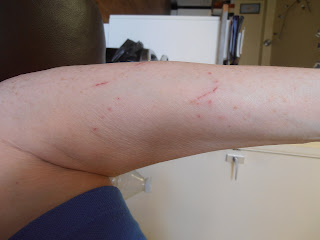 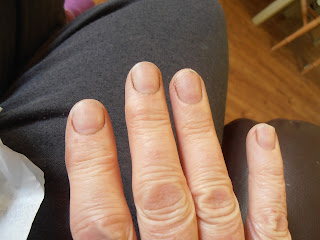 Lots done, well I thought lots had been done, till I looked back at the photos and actually it doesn't look much, but my back tells me it was!!

Today the overwintered bananas (Ensete, Maurelli and Hiniba) have all be potted up. This should have been done a few weeks ago, but I expect they will catch up. 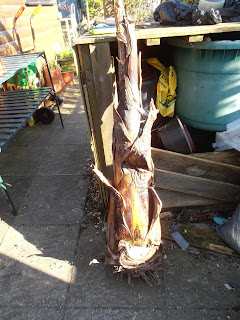 It always amazes me, how dead they look. Although when you pick them up they have a lot of weight in them. The Hiniba above weighs a ton. I think if it grows anything like it did last year, I won't be able to dig it out. If that is the case I will cut it up for propagation. A post for later in the year! 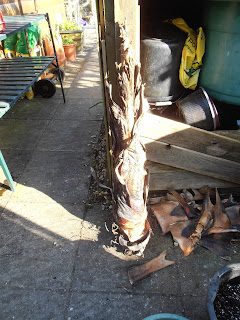 I store them all identically, turning them upside down for 3 - 4 weeks to aid drainage. Then turning them the right way round, after that. I don't have a frost free garage, which is where most people store theirs for the rest of the winter. Mine get stored in a heated greenhouse, probably not ideal due to the damp conditions, but its what I have done for years.

I usually lose a couple each year, and I thought this next one was a 'goner' with the mould on it 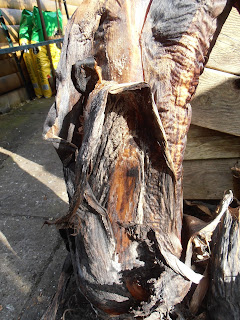 Trim off all the dead stuff and its fine. 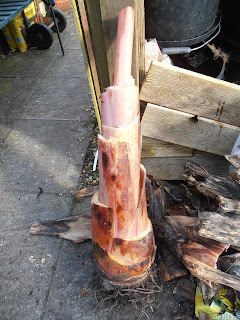 This next one is a 'Red Tiger' it has stripy coloured leaves and always has a slim trunk. This is one of the ones, I never expect to come through the winter. The trunk is solid and actually quite heavy. 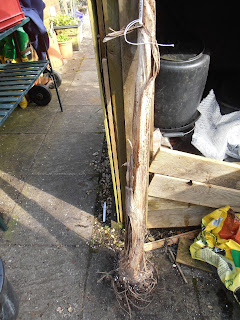 This is one of my Maurelli's, 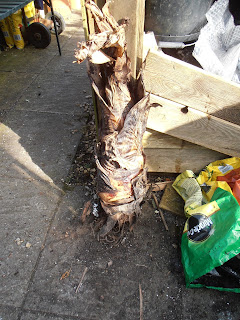 Having stripped back all the dead leaves, and chopped off the top, it still amazes me how moist they are. This one is not looking good, as you can see the brown bit just off centre usually means its rotten. The fact it is 'off' centre is why I have held on to it, the growth tip 'may' be fine. The again it may not, but only time will tell! 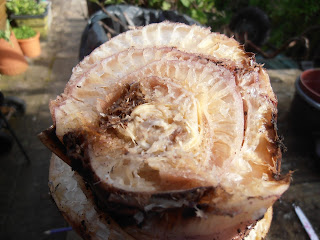 I then went on and potted up my Cannas, Dahlias, Xanthasoma and Elephants ears. 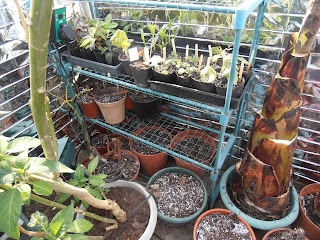 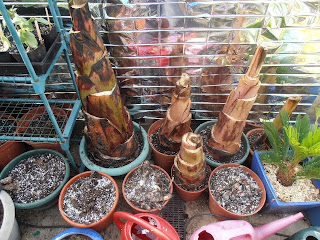 Still room for a few more.

I have all my seeds to sow yet! May start that tomorrow.

Then to finish off I did something I had tried to employ a gardener to do, dig out the TRex. This was growing at a far faster rate than expected and after some research I found this 'could' hit heights of 40ft!!!! 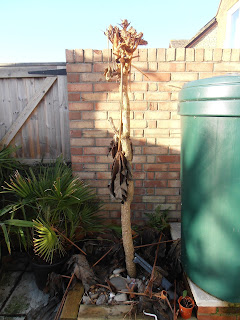 A little bit too big for the patio, so out it came and in went the Chamaerops Humilis, this is definately slow growing, probably a bit, too, slow growing, but at least I won't need to dig it out again (I hope) 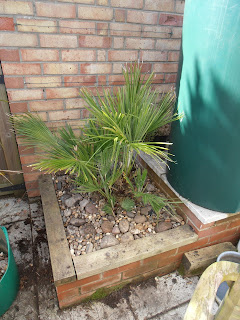